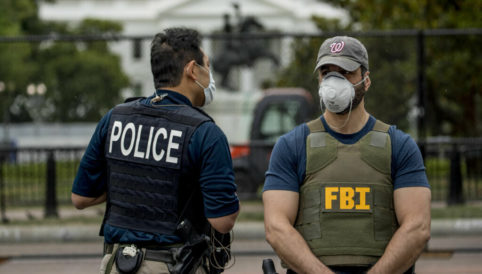 Since 2007, OPD officers participating in the JTTF have had the same powers as FBI agents, allowing them to surveil and harass community members without probable cause, and target people with mental health, identity, and family issues. Immigration and Customs Enforcement (ICE) is also a prominent member of the JTTF. In 2017, Oakland passed a transparency ordinance requiring OPD to follow local and state laws when participating in the JTTF and to submit annual reports to the city council on their JTTF activities. However, OPD has consistently violated the transparency ordinance and failed to submit reports to the City Council for oversight on their activities. The City Council’s decision to end this partnership is a step in the right direction to reimagining what true public safety can look like for Oakland’s communities.

“Oakland’s City Council voted today to protect our communities from harmful federal law enforcement practices of profiling, surveillance, and targeting of vulnerable groups. We must continue to uphold our city’s values and build a stronger community.”

“We are thrilled that the Oakland City Council ended OPD’s participation in this task force. JTTFs have terrorized our communities for far too long, targeting peaceful protesters and profiling entire communities based on nothing more than race, religion, and ethnicity. Oakland’s communities are safer with this partnership coming to an end.”

“The Muslim community has felt the brunt of FBI harassment, racial profiling and systemic Islamophobia on a global scale for decades — today, Oakland’s Muslim community feels seen and heard by elected officials. We are pleased that the partnership between the JTTF and the City of Oakland is once and for all terminated. This is a step in the right direction towards putting public safety first. Thank you Oakland for standing up for some of your most marginalized communities.”

“Racial and religious profiling, civil asset forfeiture without a conviction, and surveillance conducted on innocent people not suspected of any wrongdoing are not Oakland values. Such practices do not make us safe, and the chilling effect caused by such actions makes us less safe. We are grateful to President Kaplan and the Oakland City Council for standing up for their constituents and defending Oakland’s values.”