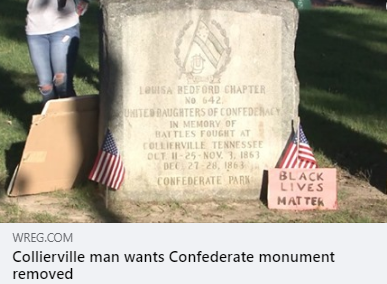 Citizens of Collierville have organized to demand the removal of the monument from their town square. Officials began the process of requesting the monument be relocated, but no official decision has been made. In September, protesters and counter-protesters clashed in the town square.

“We support the removal of all monuments nationwide that honor traitors to our nation who fought to maintain slavery, racism and white supremacy,” said CAIR National Communications Director Ibrahim Hooper.