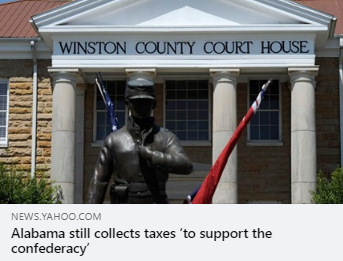 (WASHINGTON, DC., 4/15/21) – The Council on American-Islamic Relations (CAIR), the nation’s largest Muslim civil rights and advocacy organization, today supported an effort to divert part of an Alabama tax used to operate a Confederate memorial park to instead promote educational initiatives highlighting Black history in that state.

Alabama still collects a tax to fund pensions for Confederate soldiers and their widows, a small part of which goes to operate a Confederate Memorial Park in Mountain Creek, Ala. Two Alabama state senators want to use part of the tax to support black history memorials. There have been unsuccessful attempts in the past to remove the park’s funding.

“Taxpayer funds should never be used to perpetuate the Confederacy’s legacy of anti-Black racism, white supremacy and slavery. These funds should instead be used to educate everyone in Alabama about the contributions of African-Americans to the state and our nation,” said CAIR National Communications Director Ibrahim Hooper.