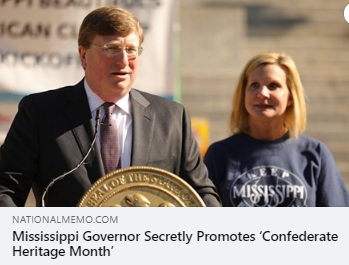 “It is beyond belief that any elected official could put his or her name on a document honoring the traitors who sought to divide our nation and maintain slavery and white supremacy. It is past time for Mississippi to throw ‘Confederate Heritage Month’ into the dustbin of history where it belongs.”

He noted that last year, CAIR welcomed votes by the Mississippi legislature to remove the Confederate emblem from that state’s flag.