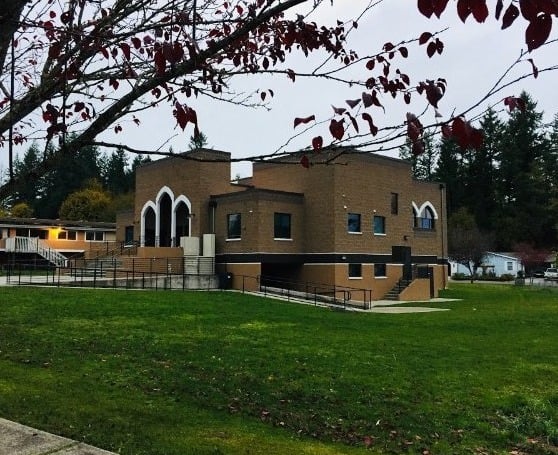 (OLYMPIA, WA, 12/2/2021) – The Washington state chapter of the Council on American Islamic Relations (CAIR-WA) is partnering with Interfaith Works and the American Muslim Empowerment Network (MAPS-AMEN) at an event tomorrow (Dec. 3) to show support and solidarity with the Islamic Center of Olympia, which was targeted recently by an explosive device.

Those groups will hold a peaceful gathering in front of the mosque before and during Friday prayers on December 3rd.

The gathering will begin at 11:45 a.m. and last through the duration of the midday service (which begins at 12:15 p.m. and ends at 1 p.m.).  There might be a brief meet and greet in the community hall downstairs after the service (masks are required inside the facility). This gathering is open to community members, clergy, elected officials, and organizational leaders to come together in a spirit of peace, healing, and support of the Muslim community members who live near the mosque. This gathering is an embodied show of support and affirmation of our Muslim neighbors.

WHAT:  Gathering of Community Support for Islamic Center of Olympia

CAIR-WA has responded to other recent incidents targeting mosques in that state.

CAIR urges houses of worship to take extra security precautions using its “Best Practices for Mosque and Community Safety” booklet. The advice in CAIR’s security publication is applicable to religious institutions of all faiths.

On the evening of Tuesday, November 23rd, an explosive device was dropped in front of the Islamic Center of Olympia by a car that fled the scene. The blast was heard by persons who live close to two miles away. The event was caught on security camera footage. Though no persons or property were harmed, the explosion has deeply impacted the Muslim community that lives in proximity to the mosque.

The effect of this act of aggression is amplified in a current moment of heightened political tensions and anti-Islamic rhetoric occurring nation-wide and at the highest levels of our representative government. This act also follows a spate of arson attacks and vandalism on mosques, temples, and churches in Western Washington in the last few months.  A community response is needed.