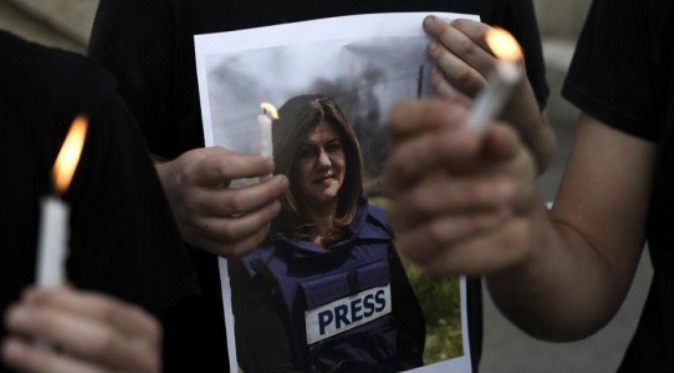 (WASHINGTON, D.C., 6/23/22) – The Council on American-Islamic Relations (CAIR), the nation’s largest Muslim civil rights and advocacy organization, today welcomed a call by 24 members of the U.S. Senate calling on the Biden administration to ensure our nation’s direct involvement in the investigation of Israel’s assassination of Palestinian-American journalist Shireen Abu Akleh.

That statement by the senators states in part:

“We believe that, as a leader in the effort to protect the freedom of the press and the safety of journalists, and given the fact that Ms. Abu Akleh was an American citizen, the U.S. government has an obligation to ensure that a comprehensive, impartial, and open investigation into her shooting death is conducted — one in which all parties can have full confidence in the ultimate findings.”

“We commend the senators who signed this letter, which sends a clear message that Shireen Abu Akleh’s assassination by Israeli forces cannot be covered up or ignored in the same way so many other brutal acts targeting Palestinians have been in past decades.”

Last month, CAIR welcomed a congressional letter signed by 57 members of the U.S. House Representatives calling onthe State Department and the FBI to investigate her murder.

A landmark report by Amnesty International detailed the Israeli government’s decades-long human rights abuses against the Palestinian people in both the Occupied Territories and Israel itself as a system of “apartheid.”

CAIR welcomed the international human rights organization’s comprehensive report, which notes that “almost all of Israel’s civilian administration and military authorities” are involved “in the enforcement of the system of apartheid against Palestinians across Israel,” in the Occupied Territories and “against Palestinian refugees and their descendants outside the territory.”