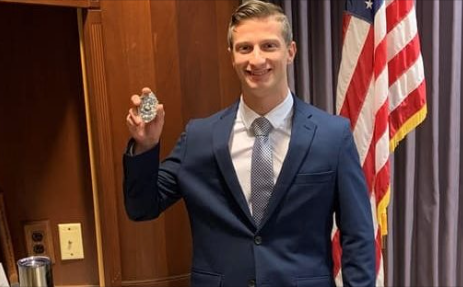 (WASHINGTON, D.C., 10/19/2020) — The Council on American-Islamic Relations (CAIR), the nation’s largest Muslim civil rights and advocacy organization, today welcomed the firing of a Lafayette, Ind. police recruit for alleged ties to a neo-Nazi forum, condemned racist vandalism on native land near Ponemah, Minn. and a racist Halloween display of a scarecrow hung by a noose in Powell, Wyo.

In Indiana, police recruit Joseph Zacharek reportedly participated in a forum called “Iron March” four years ago. His comments included that a country allowing “white immigration while denying any lesser races is the most ideal and lasting solution.” He also allegedly referred to African culture as “vile.”

In Minnesota, a boundary sign near Ponemah was spray-painted with the message “Trump 2020,” and a Nazi swastika. Red Lake Tribal Police are offering a $5,000 reward for information that leads to a conviction.

In Wyoming, a scarecrow was found hanging from tree with a rope around its neck. The display was taken down following backlash on social media.

In a statement, CAIR National Communications Director Ibrahim Hooper said: “Americans of all faiths and backgrounds must remain vigilant and continue to challenge all manifestations of racism and hate in our society.”

He noted that CAIR recently welcomed the removal of a confederate monument in Lexington, N.C., and urged other North Carolina counties to follow suit.