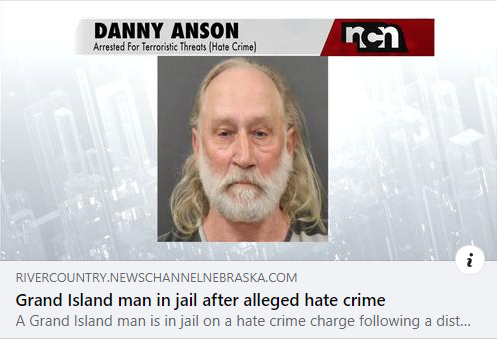 Grand Island police received a call on Friday night after a man and woman, both Hispanic, were reportedly approached by a man on a motorbike who told them he “did not like Mexicans” and to “go back to Mexico.” The man reportedly threatened them with a crowbar. He was arrested on charges of terroristic threats and a hate crime.

“Acts of intimidation targeting members of minority communities must be taken seriously and prosecuted accordingly,” said CAIR National Communications Director Ibrahim Hooper. “We welcome hate crime charges in this disturbing case and urge law enforcement authorities nationwide to crack down on all such incidents resulting from the rising tide of racism, xenophobia and white supremacy.”