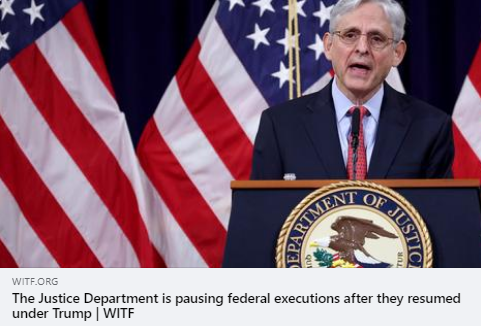 In making his decision, Garland cited its capricious application and disproportionate impact on people of color.

SEE: The Justice Department is pausing federal executions after they resumed under Trump

In 2019, the U.S. Justice Department reinstated a policy allowing the government’s use of capital punishment. Thirteen inmates were put to death in the previous president’s final year in office.

“We welcome Attorney General Garland’s decision to place a freeze on federal executions and we reiterate our longstanding call for a nationwide moratorium on the use of the death penalty due to flaws in the system that lead to false convictions, as well as a disproportionate impact on defendants who lack access to proper legal representation, particularly people of color. We also renew our call for Congress to adopt legislation mandating a similar federal moratorium on the use of the death penalty for the same reasons.”

CAIR has in the past called for a state and national moratorium on the death penalty.