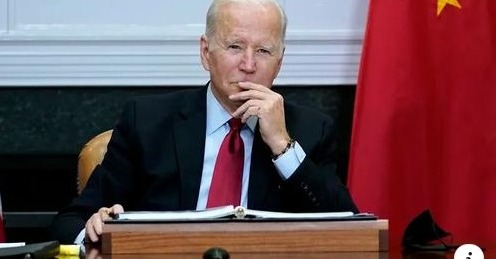 (WASHINGTON D.C., 12/16/2021) – The Council on American-Islamic Relations (CAIR), the nation’s largest Muslim civil rights and advocacy organization, today welcomed new sanctions by the Biden administration on several Chinese government entities and corporations over abuses they committed against Uyghur Muslims and other minorities in China’s Uyghur region.

On Thursday, the Biden administration announced it will be imposing sanctions on the Chinese Academy of Military Medical Sciences and its 11 research institutes that focus on biotechnology to support the Chinese military. The sanctions will prohibit American companies from selling components to these entities without a license.

In a statement, Secretary of Commerce Gina Raimondo said the Chinese government was using biotechnology to “pursue control over its people and its repression of members of ethnic and religious minority groups.” She said that American companies cannot be allowed to “support medical science and biotechnical innovation to be diverted toward uses contrary to U.S. national security.”

An anonymous official at the Treasury Department said the department is set to penalize several Chinese entities as well, noting that U.S. Intelligence has established that the Chinese government uses biometric facial recognition technology to keep track of Uyghur Muslims and has gathered DNA samples from all residents ages 12-65 in the region known as Xinjiang. Last week, the Treasury Department announced a ban on U.S. investment in the Chinese facial recognition software company SenseTime over concerns the company’s technology was being used to oppress Uyghurs.

“We welcome the efforts of the Biden administration to punish those entities responsible for or contributing to the Chinese government’s ongoing campaign of genocide against the Uyghurs and other Turkic Muslim minority groups in the Uyghur region.

“We also support the administration’s efforts to ensure that American companies do not benefit from these appalling abuses of human rights. Our nation must uphold the values of human rights and combating China’s abuses and violations is an essential part of that.”

McCaw noted that CAIR welcomed the approval by the House of the Uyghur Forced Labor Prevention Act, which would create a “rebuttable presumption” that any goods made in the Uyghur region are made with forced labor and prohibited from entering the United States unless “clear and convincing” evidence is shown to the contrary.

McCaw also noted that CAIR recently called on the public not to make reservations at Hilton hotels due to that corporation’s licensing of a hotel on the site of a mosque demolished by the Chinese government in the Uyghur region.

SEE: COMMUNITY ADVISORY: CAIR Calls on Public to Not Reserve at Hilton Hotels Over Holidays Due to Uyghur Genocide Connection – #BoycottHilton

Earlier this year, CAIR and its #BoycottHilton coalition partners called on the Departments of State and Commerce to investigate the Hilton Corporation for its complicity in the Uyghur genocide.