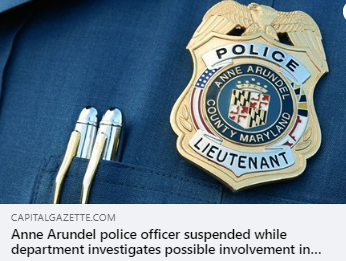 (BALTIMORE, MD, 1/12/21) – The Maryland office of the Council on American-Islamic Relations (CAIR), the nation’s largest Muslim civil rights and advocacy organization, today welcomed the investigation into an Anne Arundel County police officer’s involvement in the violent storming of the Capitol Building in Washington, D.C., last week that left at least five people dead, including a United States Capitol Police officer.

“As many minority communities already grapple with a lack of trust in law enforcement agencies due to controversial policing practices, CAIR is urging police departments statewide to similarly hold inquiries into any reports of officers participating in or endorsing the deadly insurrectionist attack on our democracy and to take disciplinary action when appropriate.”

Earlier today, CAIR advised community members nationwide to stay vigilant in state capital cities from now until the end of the presidential inauguration due to threat of far-right, white supremacist violence and armed protests at all 50 state capitals leading up to and on Inauguration Day.

Last week, CAIR called on the Maryland GOP to take action against the state’s lone Republican Congressmember Andy Harris over his support for the insurrection and efforts to thwart the outcome of a legitimate presidential election.