CAIR Welcomes the Passage of George Floyd Justice in Policing Act in the US House, Raises Black Lives Matter Banner in Support 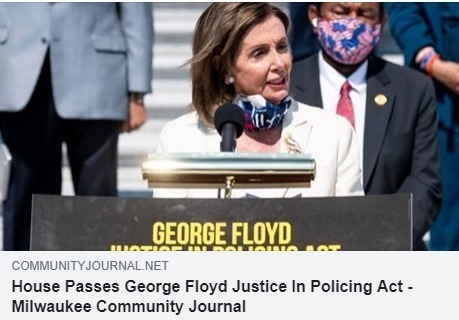 (WASHINGTON, D.C., 6/26/2020) – The Council on American-Islamic Relations (CAIR), the nation’s largest Muslim civil rights and advocacy organization, today welcomed the passage of the George Floyd Justice in Policing Act by the US House of Representatives. While no one congressional reform package can ever fully address the systemic problem of police killings, violence, and profiling targeting Black Americans and other minority communities, CAIR views the Justice in Policing Act as a good first step.

Last night, one month after the murder of George Floyd by four police officers in Minneapolis, Minn., the House passed the Justice in Policing Act by a vote of 236 to 181. If implemented, the Act would adopt a host of police reforms, including:

To commemorate this legislative achievement and honor the memory of George Floyd and all victims of police violence, CAIR yesterday raised a Black Lives Matter banner at its DC headquarters which sits a block away from the Capitol and the congressional office buildings.

“CAIR calls on Congress to stand with the brave Black Lives Matter protestors risking their lives to combat the systemic racism inherent in our country’s police force,” said Robert S. McCaw, Director of CAIR’s Government Affairs Department. “While there is still much work to be done to fully realize the vision of the Black Lives Matter movement, we’re encouraged by the swift action taken by the US House to address police violence. Now it is time for the Senate to act.”