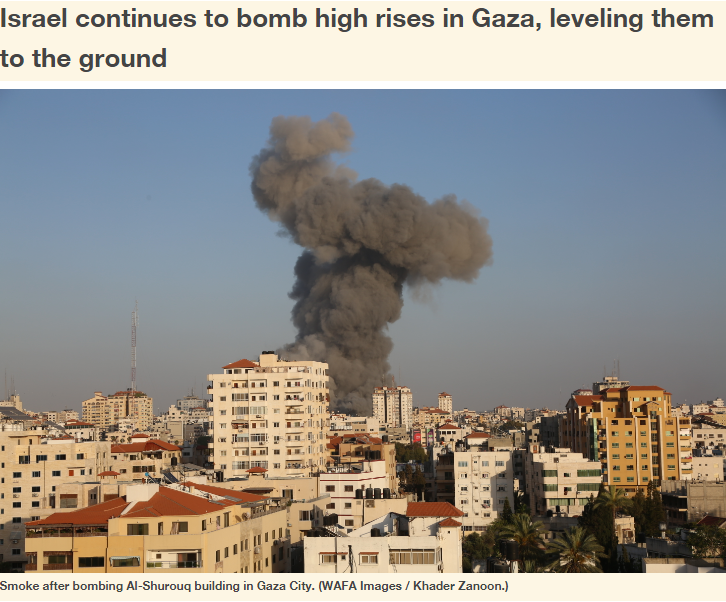 In a statement to the community, CAIR Government Affairs Director Robert McCaw said:

“Each year, elected officials are welcomed into mosques and Islamic centers nationwide to mark the end of the Ramadan fast and build positive relations with the state and local Muslim communities. We urge community leaders to ask those elected officials offering Eid greetings to clearly support the rights of Palestinian civilians who are experiencing war crimes and ethnic cleansingperpetrated by the Israeli government and funded by our own taxpayer dollars.”

McCaw noted that earlier today, CAIR called on the Biden administration to end its silence in response to Israel ignoring White House calls for de-escalation and opting to increase missile strikes on Palestinian civilians prior to engaging in ceasefire talks.

He said CAIR is also urging the Biden administration to cease blocking United Nations Security Council attempts to issue a joint statement on the situation in Gaza.

[NOTE: On May 13, the Muslim community in America will celebrate the Eid ul-Fitr holiday, which marks the end of the month-long fast of Ramadan. Although Muslim communities normally gather in the thousands at local mosques for special prayers, feasts and celebration, mosques across America are maintaining COVID-19 pandemic safety guidelines according to local recommendations and mandates. Call local Muslim organizations for details about Eid ul-Fitr activities. If there are no known contacts in a particular community, contact the nearest CAIR chapter. GO TO: https://www.cair.com/about_cair/cair-chapters/ ]

During Eid ul-Fitr or “feast of fast breaking” holiday, Muslims would normally offer public prayers, exchange social visits and seek to strengthen family and community bonds. During this holiday, Muslims greet each other by saying “Eid mubarak” (EED-moo-BAR-ak), meaning “blessed Eid,” and “taqabbalallah ta’atakum,” or “may God accept your deeds.” In past years, many communities also held multicultural bazaars and other family activities following communal prayers.

Eid ul-Fitr is the first of the two major Muslim holidays. The second holiday, Eid ul-Adha (EED-al-ODD-ha), comes near the end of the Hajj, or pilgrimage to Mecca.