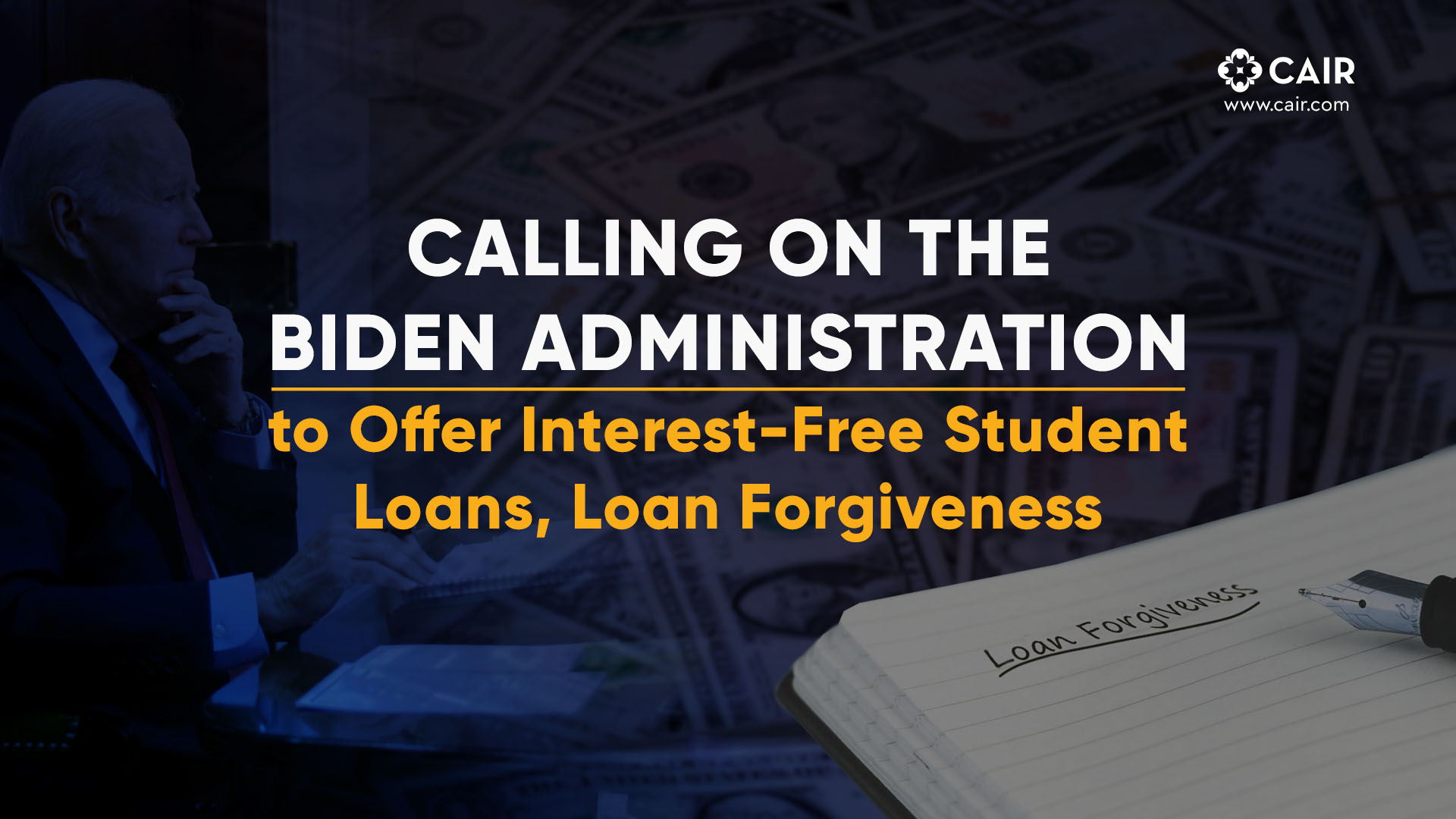 (WASHINGTON, D.C., 2/8/22) – Dozens of American Muslim organizations today called on President Biden to use his executive authority to both forgive a significant amount of student loan debt and establish interest-free loans for the benefit of all Americans.

[ADVISORY: On Wednesday, February 9, at 3 PM ET, signatories plan to host a virtual briefing to discuss the letter and Muslim community perspectives on the student loan debt crisis.

In a letter sent to Department of Education Secretary Miguel Cardona last week, 32 Muslim organizations noted that the nation’s student debt crisis poses a major challenge for American workers and students, including American Muslims. The letter was initiated by A Continuous Charity (ACC), CAIR, the Islamic Scholarship Fund (ISF), and the National Association of Muslim Lawyers (NAML).

Every year, thousands of Muslims students who are interested in attending college or graduate school feel that they must choose between their faith and their education because Islam–like some other faith traditions–condemn interest-based debt as destructive and immoral.

“We join widespread calls for President Biden to take bold action to address the student loan debt crisis. Interest-based debt is a major burden on the American economy and the American people, trapping students in cascading debt that – in many circumstances – becomes impractical to pay back.

“In addition to extending the moratorium on repayment and canceling a significant amount of existing debt, President Biden should use his executive authority to establish principal-only loans in order to ensure that future students can pursue higher education without incurring burdensome debt or violating their religious values.”