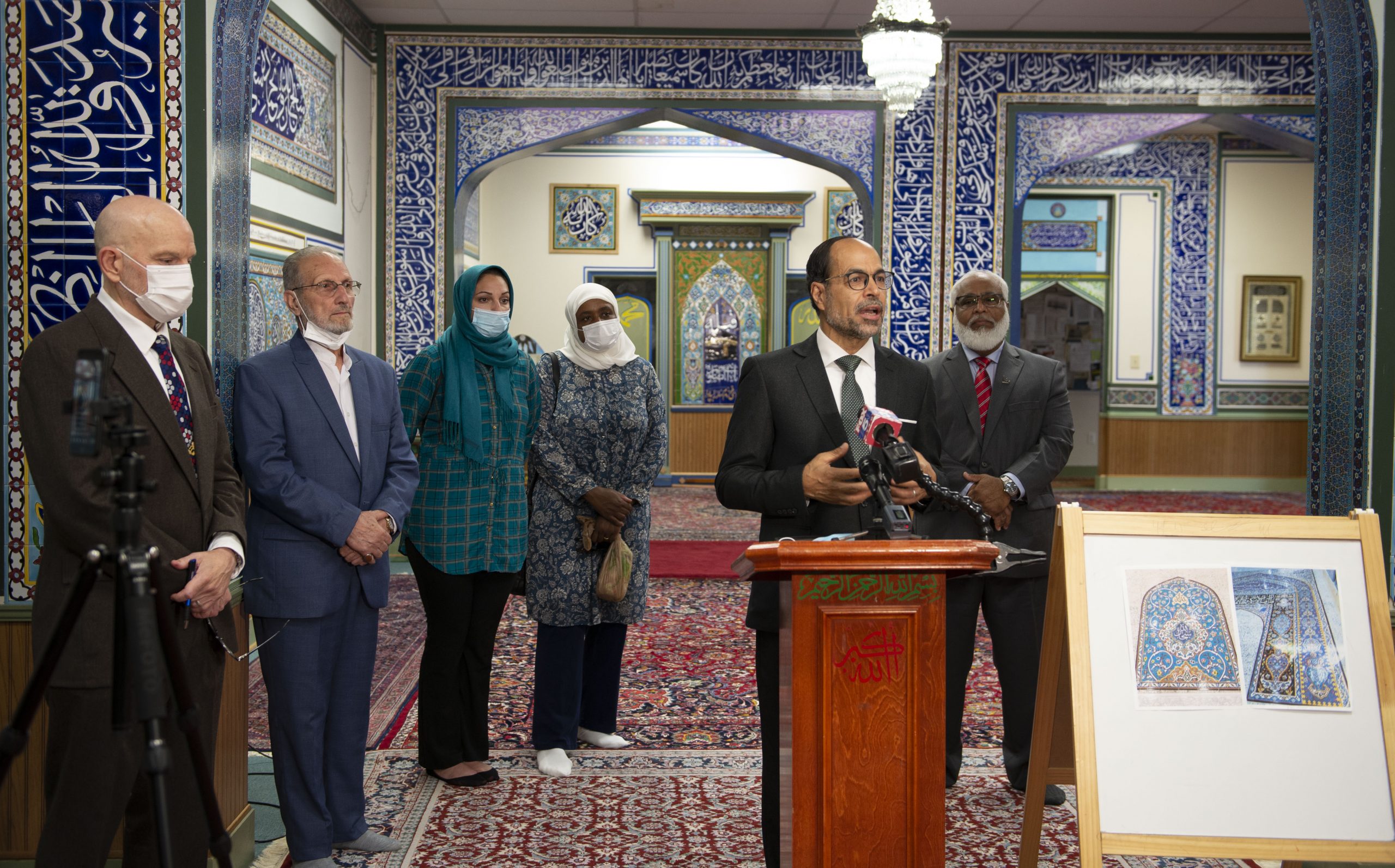 (WASHINGTON D.C., 8/17/2021) – The Council on American-Islamic Relations (CAIR), the nation’s largest Muslim civil rights and advocacy organization, today welcomed a decision by the U.S. Department of the Treasury to release almost 750 pounds of decorative tiles with verses from the Quran destined for a Virginia mosque that were threatened with destruction.

Those tiles are to be used to decorate the new “mihrab,” a niche indicating the direction of prayer, of a mosque planned to be built by the Manassas Mosque in Manassas, Va. They were a gift from a mosque in Iran to the Virginia mosque and include verses from the Quran, Islam’s revealed text, such as: “Indeed, We see you [O Prophet Muhammad, PBUH] turning your face toward heaven. Now We will make you turn toward a direction of prayer that will please you. So turn your face towards the Sacred Mosque in Mecca — wherever you are, turn your faces towards it.” The Holy Quran, 2:144

There was an Office of Foreign Assets Control (OFAC) hold on the tiles and mosque officials were told that they would be destroyed unless they were re-exported.

CAIR also issued an action alert and held a news conference with community leaders at the Manassas Mosque to repeat that request.

News Conference Video: CAIR Calls on DHS to Release Quran Tiles for Va. Mosque That are Threatened with Destruction

“We welcome this decision as a reaffirmation of our nation’s respect for religious freedom and diversity. Americans of all religious backgrounds should have access to the symbols of their faith, whatever the origin of those symbols.”

“Thank God the tiles were not re-exported and the verses of the Quran were not destroyed, and they were instead released for delivery to our mosque,” said Imam Abu Nahidian of Manassas Mosque.