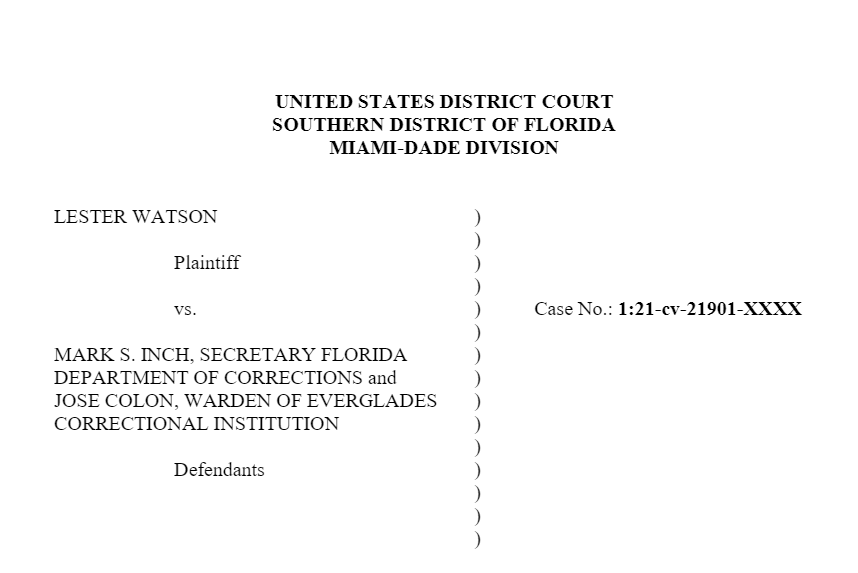 (MIAMI, FL, May 27, 2021) — Later today (Thursday, May 27), the Florida chapter of the Council on American-Islamic Relations (CAIR-Florida), the state’s largest Muslim civil rights and advocacy organization, will hold a press conference to announce a lawsuit against the Secretary of the Florida Department of Corrections (DoC) in the Federal District Court for the Southern District to obtain the right of a Muslim inmate to grow a beard based on his religious principles.

“We are committed to bringing systemic change to institutions like the Florida Department of Corrections by ensuring that any discriminatory policies are challenged. This is not about only Muslims, it is about everyone’s religious freedom, and we will continue to support similar efforts until the institutionalized discriminatory policies against incarcerated individuals are eliminated.”

Saleh filed the case at the U.S. District Court for the Southern District of Florida and will be accompanied by Mr. Watson’s family members that will be available for media access.

SEE: He’s lost his freedom for life, but he’s won the religious freedom to grow his beard