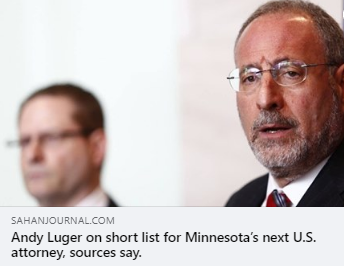 (MINNEAPOLIS, MN, 3/10/21) – On Thursday, March 11, the Minnesota chapter of the Council on American-Islamic Relations (CAIR-MN) will join members of the faith community, community activists and lawmakers for a press news conference in Minneapolis to demand Biden administration not to appoint Andrew Lugar as U.S. attorney for district of Minnesota.

WHAT: CAIR-Minnesota News Conference to demand Andrew Lugar Not Be Appointed US Attorney

“During a historic watershed moment on racial equity and justice, we do not believe we should be reappointing a U.S. Attorney who has failed to bring civil rights cases against officers accused of police brutality,” Fateh wrote to his colleagues. “We are also concerned about Mr. Luger’s past involvement in Islamophobic ‘Countering Violent Extremism’ programs which vilify young Muslims and subject them to overreaching surveillance and entrapment by the national security state”. – Senator Omar Fateh

“Our society is evolving. Minnesotans, especially our youth, are outraged at a system of justice that denies civil rights and equal protection to all. If we believe in a better future, we must think twice before reintroducing the architects of our past mistakes”. – Imam Asad Zaman

“As a community, we must stand up and be heard. Otherwise, decisions like this appointment will be made without us in mind. The Muslim community and the black community know Mr. Luger’s record as a prosecutor well, and we cannot be silent on this appointment which deeply affects so many in our state.” Sheikh Hassan Jama

Lugar championed Islamophobic Countering Violence Extremisms program which was a failure, divisive and increased Islamophobic bullying of Muslim Students in Minnesota which is still impacting our communities today” Hussein added this Lugar’s tenure represent dark chapter that cannot be re-engaged.