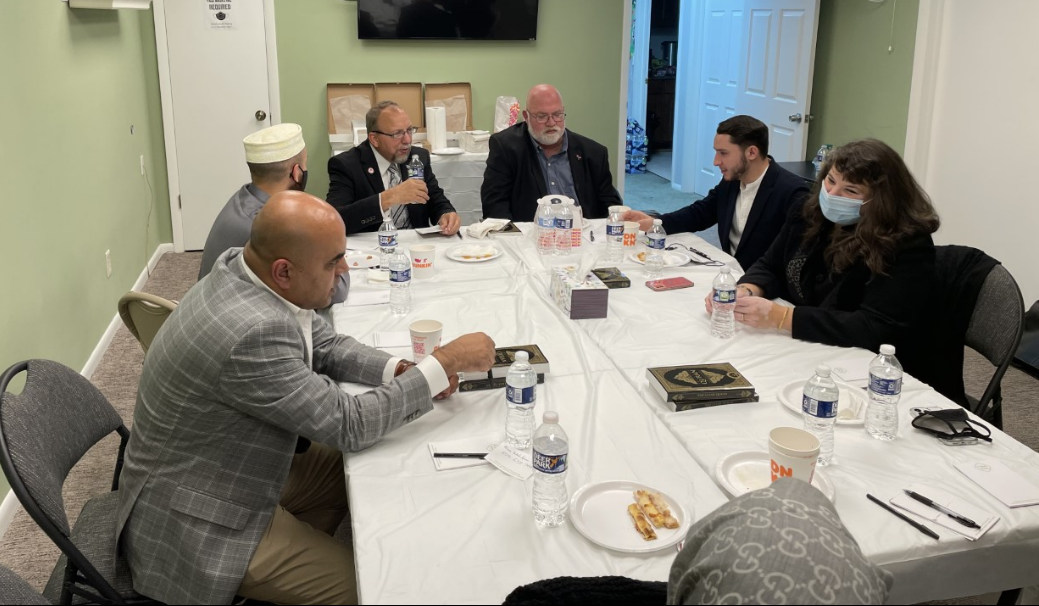 (SOUTH PLAINFIELD, NJ, 11/10/2021) — At a meeting this afternoon with the executive director of CAIR-NJ and New Jersey Muslim leaders at Al Minhal Academy of Islamic Education in Washington Township, N.J., State Senator-Elect Edward Durr committed to “stand against Islamophobia.”

In his statement to the Muslim leaders, Durr said: “I stand against Islamophobia and all forms of hate, and I commit to that going forward. I look forward to working with the Muslim community.”

CAIR-NJ had called for the meeting after revelations of Durr’s past anti-Islam comments. In the meeting, Durr also said, “I sincerely apologize” for those comments.

Mr. Imran Bhutta, Board of Trustee of Islamic Center of South Jersey, ICSJ

“We wanted to dispel any of the incorrect beliefs he has about our community,” said CAIR-NJ Executive Director Selaedin Maksut before the meeting. “We also want to remind him of his responsibility as an elected official. He represents Muslims as well. It’s his responsibility to keep their safety in mind.”

Following the meeting Maksut said, “It was a productive meeting. Mr. Durr was sincere in his apology, and we welcome his condemnation of Islamophobia and his commitment to renouncing hate-speech.”