Video: CAIR-National, CAIR-Kansas Seek DOJ Probe of Missouri Gun Range’s Refusal to Provide Service to a Muslim Woman Because of Her Hijab 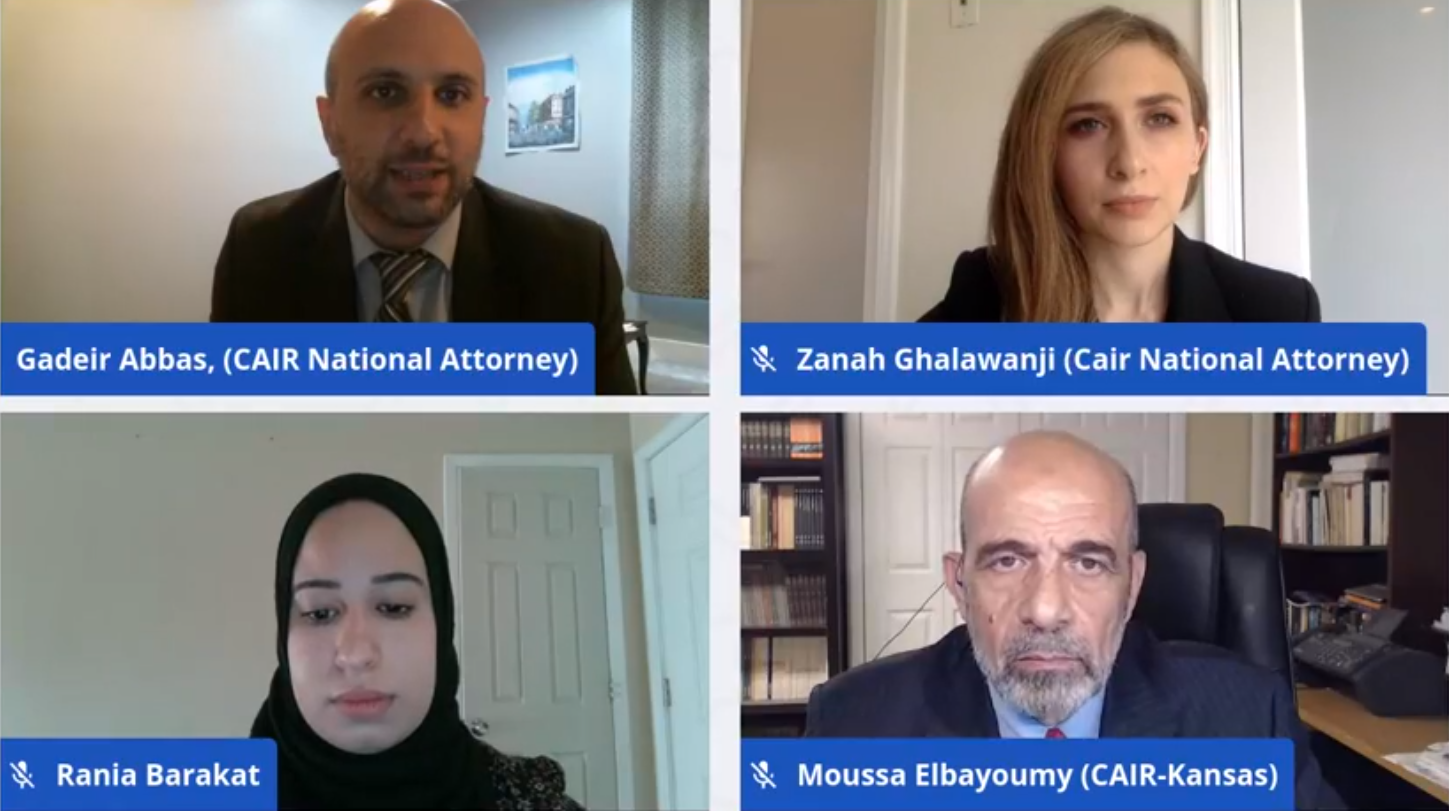 (WASHINGTON, DC, 7/16/20) — Representatives of the Council on American-Islamic Relations (CAIR) and its Kansas chapter (CAIR-Kansas) today held a news conference on Facebook Live to ask that the U.S. Department of Justice – Civil Rights Division to conduct an immediate investigation into a Missouri gun range’s refusal to provide service to Rania Barakat, a Muslim woman because she was wearing a religious head scarf, or hijab.

Along with the news conference, CAIR released its letter to the Department of Justice, which states in part:

“Manager Danielle explained the reasoning behind the policy was that shrapnel can cause her hijab and skin to burn. Such reasoning is clearly pretextual and discriminatory as it makes no logical sense- a hijab is no different than other clothing and baseball caps that are regularly worn and permitted in the gun range. . .

“Frontier Justice violated Title II of the Civil Rights Act of 1964 when it refused service to Ms. Barakat, unless she removed her hijab. According to Title II, ‘All persons shall be entitled to the full and equal enjoyment of the goods, services, facilities, privileges, advantages, and accommodations of any place of public accommodation, as defined in this section, without discrimination or segregation on the ground of race, color, religion, or national origin’ 42 USCA § 2000a. As a place of exhibition or entertainment, Frontier Justice gun range is an establishment required to comply with Title II.”