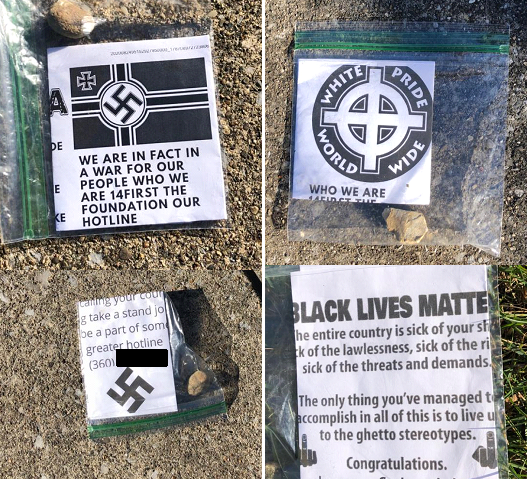 “We ask local, state and federal law enforcement authorities to investigate the distribution of these hate materials and the possible targeting of a Muslim family. A number of recent reports have indicated that the threat of white supremacist extremism and violence is real and is growing nationwide. This incident should be treated with the seriousness it deserves.”

She said Washington-based CAIR and the American Muslim community are standing in solidarity with all those challenging anti-Black racism, Islamophobia, anti-Semitism, and white supremacy.