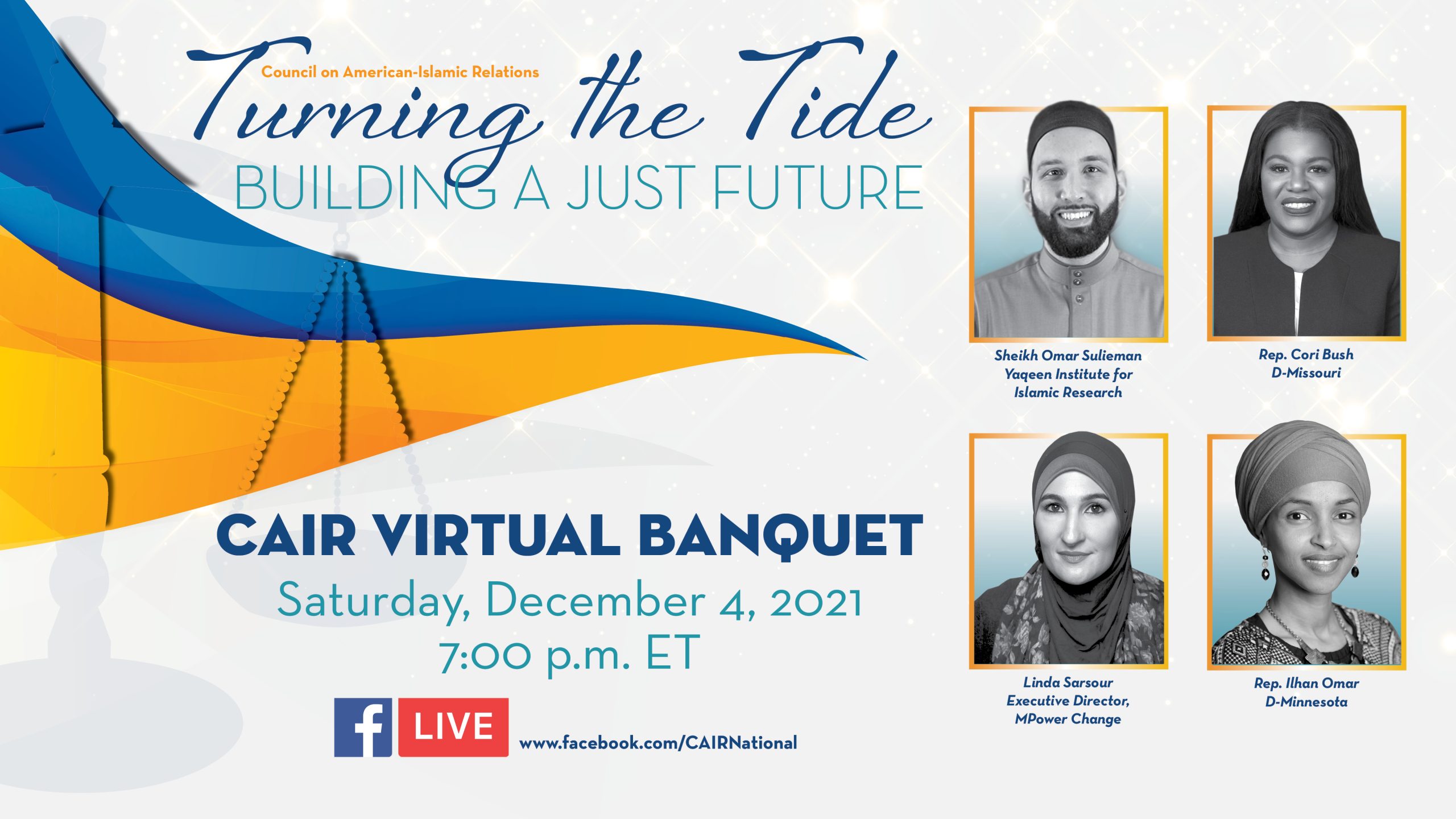 (WASHINGTON D.C., 12/3/2021) – At its virtual gala on Saturday, December 4, the Council on American-Islamic Relations (CAIR) – the nation’s largest Muslim civil rights and advocacy organization – will name Rep. Ilhan Omar (D-Minnesota) “American Muslim Public Servant of 2021” for her commitment to public service and courage in the face of anti-Muslim bigotry from fellow members of Congress.

CAIR is calling on community members and public officials to join the live event and show support for Rep. Omar amid recent bigoted attacks.

The award comes after Omar was targeted with bigoted anti-Muslim statements by Reps. Lauren Boebert and Marjorie Taylor Greene. CAIR called on congressional leaders to censure Boebert for her statements. No action against either congresswoman has been taken.

“Representative Omar has time and again proven her deep dedication to public service. Her work representing the interests not only of her constituents but of the American people as a whole serves as an example to our community and to the nation.

“Representative Omar has shown tremendous courage in the face of constant attacks from anti-Muslim bigots both inside and outside of Congress, but she has not let the hatred of bigots stop her from serving the American people.

“While some congressional leaders have failed to come to her defense against these disgusting attacks, the American Muslim community and all Americans of conscience stand in solidarity with her.

“We urge community members and public officials join us live at our December 4 gala to show support for Representative Omar, condemn Islamophobia and demand action from Congress to counter the hate and bigotry that is being allowed to fester within its walls.”

Awad noted that weeks after the bigoted attacks on Rep. Omar, a mosque in Olympia, Washington was targeted with an explosive device.

The virtual gala’s theme, “Turning the Tide, Building a Just Future,” highlights CAIR’s positive impact on the civil rights of all Americans over the last 27 years and the organization’s shared vision for social justice.