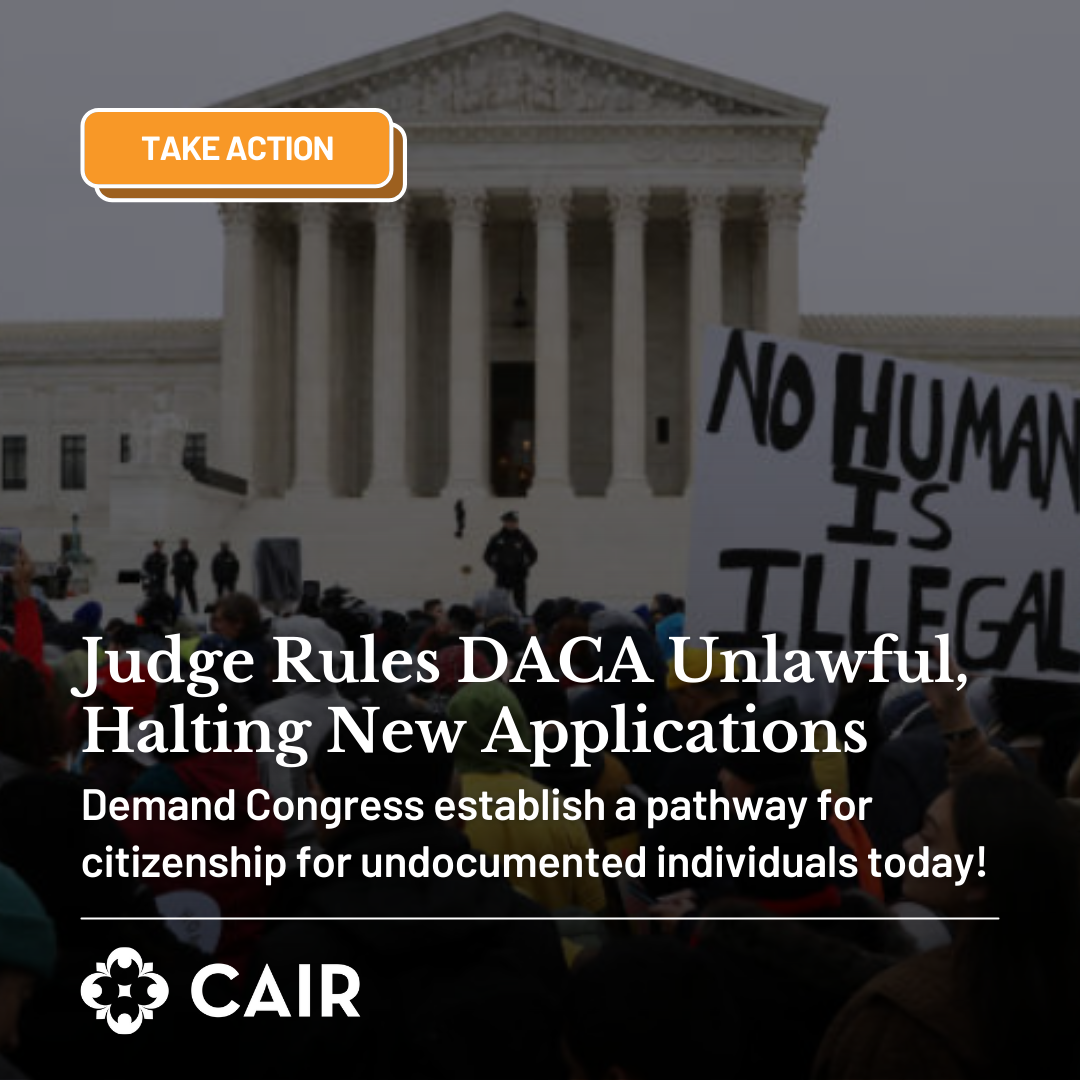 (WASHINGTON, D.C., 7/17/21) – The Council on American-Islamic Relations (CAIR) is calling on all American Muslims and allies of the immigrant community to contact their U.S. Senators and demand the Senate adopt the bipartisan Dream and Promise Act (H.R. 6) following a U.S. District Court judge ruling the Deferred Action for Childhood Arrivals (DACA) program unlawful.

While new applications to DACA were halted, the Obama administration program has been left intact for existing recipients. Plaintiffs have stated that they will appeal the ruling.

“Congress needs to wake up to the fact that our nation’s 650,000 dreamers need immediate protection and should not rely on the courts to decide their fate. Comprehensive immigration reform needs to be passed today for our nation’s 11 million undocumented immigrants, and the Senate can start by passing the House adopted Dream and Promise Act,” said CAIR Director of Government Affairs Department Robert S. McCaw. “Until that happens, every American should be calling and meeting with their members of Congress to demand a just and equitable immigration system for a nation of immigrants.”

CAIR and immigration advocates are calling on Congress to adopt comprehensive immigration reform for our nation’s 11 million undocumented immigrants and demanding the Senate adopt the House passed Dream and Promise Act.

About the Dream and Promise Act

More than 2 million individuals in the U.S. without legal status would receive a path to citizenship under the act.

This bill would provide conditional green cards and work authorizations to immigrants now living illegally in the U.S. who arrived as children if they meet criteria like the DACA program.

The conditional status could be converted to full permanent residency through education, military service, or work experience.

The measure also provides green cards and work authorizations to current recipients of temporary protected status and deferred enforced departure—immigration programs for foreign nationals whose home countries are unsafe because of an armed conflict or natural disaster.