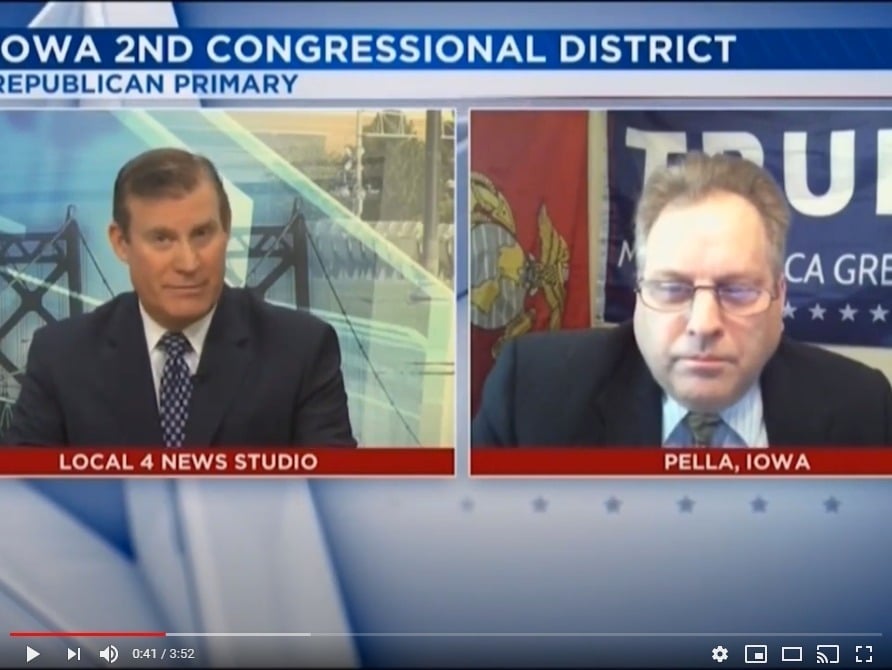 (WASHINGTON, D.C., 4/13/20) – The Council on American-Islamic Relations (CAIR), the nation’s largest Muslim civil rights and advocacy organization, today called on state and national Republican Party leaders to repudiate the Islamophobic, unconstitutional statements of a GOP congressional candidate in Iowa who claims Islam should be eliminated from the United States.

Rick Phillips, candidate for the U.S. House of Representatives District IA-02, states on his campaign website that “Islam should be recognized as a hostile ideology antithetical to the United States Constitution” and that “It should have its religious status revoked.” He also falsely claims that a “mosque is nothing more than a military outpost where the seeds of hatred are sown against our country.”

In an interview with a local television station, Phillips claimed Islam is not a faith that is protected by the First Amendment, which he claims applies only to Christianity. He went on to attack Muslim members of Congress Reps. Ilhan Omar (D-MN) and Rashida Tlaib (D-MN) and claimed, “they moved 70,000 Somalians in up there to vote for her [Omar].”

“We ask Republican Party leaders in Iowa and nationwide to repudiate these Islamophobic, unconstitutional views and to take a strong stand in support of religious diversity and inclusion,” said CAIR Director of Government Affairs Department Robert S. McCaw. “The Constitution must protect Americans of all faiths. The kind of hatred and anti-American views promoted by Mr. Phillips places in danger both constitutional protections of religious freedom and the safety of ordinary American Muslims.”

Last month, CAIR’s Houston chapter called on the Texas Republican Party to reject a GOP congressional candidate’s remarks suggesting that spraying the nation with pigs’ blood would keep Muslims out of the United States.

The Washington-based Muslim civil rights organization has reported an unprecedented spike in bigotry targeting American Muslims, immigrants and members of other minority groups since the election of Donald Trump as president. It has repeatedly condemned Trump’s racist, white supremacist, Islamophobic, xenophobic, and anti-immigrant rhetoric, appointments and policies.

CAIR does not endorse or support political candidates of any party, but it does encourage voting, voter registration and all forms of civic participation by American Muslims.