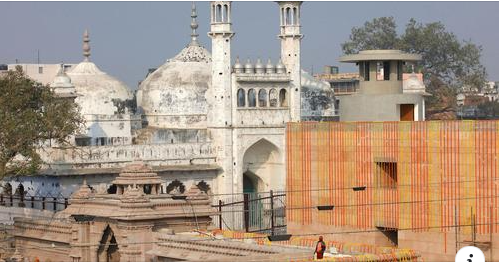 (WASHINGTON D.C., 5/19/2022) – The Council on American-Islamic Relations (CAIR), the nation’s largest Muslim civil rights and advocacy organization, today called on U.S. Secretary of State Antony Blinken to pressure the Indian government to prevent the possible demolitions of mosques in that nation.

CAIR also renewed its call on Secretary Blinken to designate India as Country of Particular Concern (CPC) as recommended last year – for the second year in a row – by the United States Commission on International Religious Freedom, an independent, bipartisan federal government commission. CPCs are countries where the government engages in or tolerates “particularly severe” violations of religious freedom.

Extremist far-right Hindutva nationalist groups filed petitions in court to prevent Muslims from entering the Shahi Eidgah mosque in the Uttar Pradesh city of Mathura until the court decides on a 2020 plea seeking approval to search for Hindu relics on the site. The court allowed the petitions but has yet to begin hearings in the 2020 case.

On Tuesday, India’s top court overturned a similar ruling restricting Muslim prayer gatherings in the Gyanvapi mosque in the city of Varanasi. Hindutva nationalists claim that a stone shaft in the mosque is a Hindu idol, a claim disputed by mosque authorities.

In the past, such legal efforts have resulted in the destruction of mosques like the Babri Masjid, which was demolished by a Hindutva nationalist mob in 1992, as well as attacks on Islamic religious practices and communities.

“Claims that mosques are built on Hindu holy sites have historically been used by Hindutva extremists to justify demolishing them. The same anti-Muslim narratives were used to justify the destruction of the historic Babri Masjid in 1992. The destruction of India’s Islamic heritage is part of a campaign of cultural ethnic cleansing by Hindutva extremists and the far-right Modi government that enables them. We urge Secretary of State Blinken to take action in defense of religious freedom and to pressure the Indian government to not allow any other mosques to be demolished by Hindutva extremists. We also renew our call on Secretary Blinken to designate India as a Country of Particular Concern for violating religious freedom as recommended by the U.S. Commission on International Religious Freedom.”