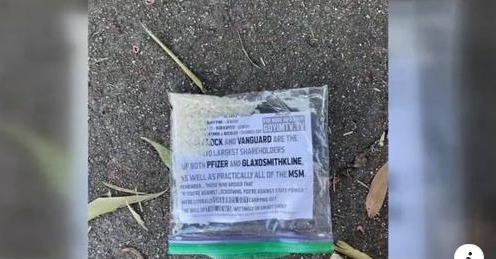 In New York City, a woman has been charged with a hate crime after allegedly threatening and spitting on a group of Jewish children outside a Brooklyn synagogue on Friday. The woman reportedly told the children that “Hitler should have killed you all.” She also reportedly threatened to kill the children and said she knew where they lived.

Also in New York City, a man dressed in traditional Hasidic clothing was assaulted on Sunday in what police are investigating as a possible hate crime. The man was walking down a street in Crown Heights, Brooklyn when the perpetrator approached him and punched him in the nose. No arrests have been made, but an image of the alleged attacker has been released.

SEE: Woman charged with hate crime for threatening and spitting on Jewish children in New York

“We condemn these appalling acts of antisemitic hate and stand in solidarity with the Jewish community. We welcome the response of law enforcement to these crimes, and urge authorities nationwide to crack down on bias-motivated crime.”

Police in Miami Beach, Fl. and the nearby town of Surfside are investigating antisemitic flyers left outside hundreds of homes in the Miami Beach area. The flyers, similar to others distributed in recent months throughout the nation, promote conspiracy theories linking COVID-19 to Jews.

“We condemn these hateful, antisemitic flyers, and stand in solidarity with the Jewish community and all those targeted by hate and bigotry,” said CAIR-Florida Communications Director Wilfredo Amr Ruiz.

In San Francisco, Ca., similar flyers were distributed to homes in the city’s Pacific Heights neighborhood on Saturday night. San Francisco police are investigating the incident.

The American Muslim community and CAIR stand in solidarity with all those challenging anti-Black racism, xenophobia, Islamophobia, antisemitism, white supremacy and all other forms of bigotry.