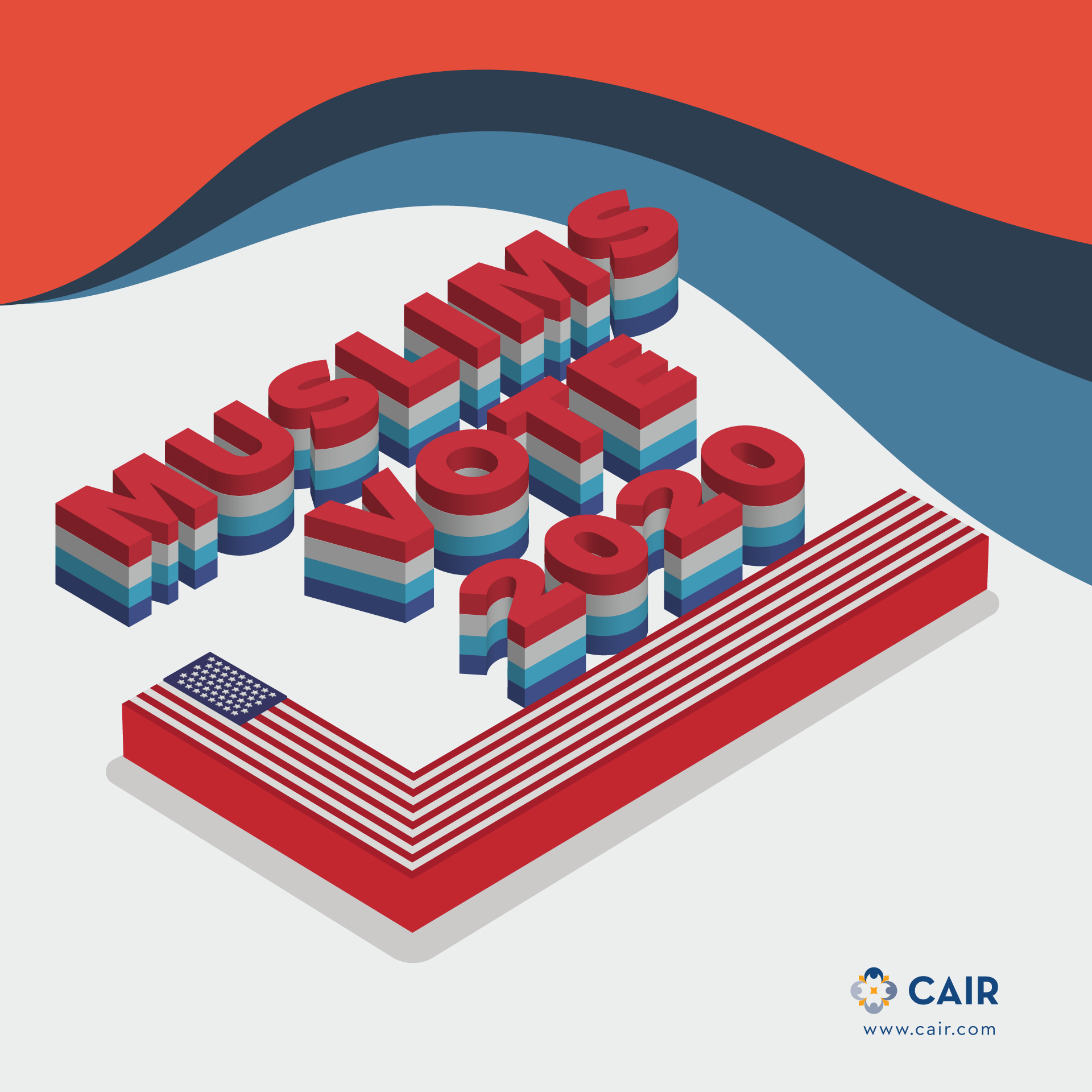 (WASHINGTON, D.C., 10/12/2020) – The Council on American-Islamic Relations (CAIR), the nation’s largest Muslim civil rights and advocacy organization, today announced the launch of a new section of its 2020 election and voter mobilization website for Early Voting and updated its Vote-by-Mail Guide to mark National Voter Registration Day for 2020.

Early voting has started in 40 states. Check out CAIR’s state-by-state database for information and resources about voting in your area. It lists early voting dates, voter registration deadlines, and links to help find eligible polling locations and confirm voter registration.

CAIR estimates there are well over 1 million registered American Muslim voters in the United States, with large communities residing in key swing states. A recent CAIR survey indicates that 89% of registered Muslim voters intend to vote in the November 3rd General Election.

“Early voting provides voters extra time to participate in our democracy,” said CAIR Director of Government Affairs Robert S. McCaw. “This year, early voting will be especially important because of COVID-19. Voters who are older or have health concerns may want to consider voting early so that they can avoid crowds on Election Day. Early voting also gives those concerned with voting by mail more time to vote in person.”

The Vote by Mail section of Muslims.Vote has also been updated with the most recent information from all 50 states as well as U.S. Territories. Here, voters will find a succinct guide on how to vote by mail, when to request and submit your ballot, and how to check voter registration.

Muslims.Vote is encouraging Muslims to responsibly practice social distancing and participate in state primary elections and the general election by taking advantage of – where possible – early voting by mail or vote-by-mail alternatives.