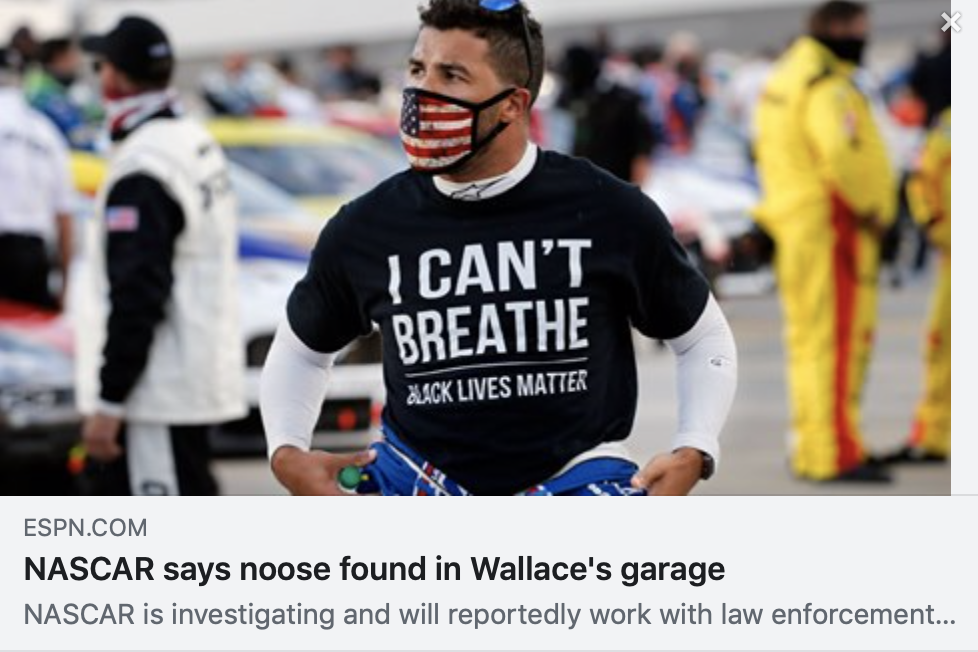 A noose was found in the Wallace’s garage stall at Talladega Superspeedway in Lincoln, Ala., on Sunday.

Two weeks ago, Wallace, who is NASCAR’s only black driver, successfully led an effort to ban the Confederate flag at NASCAR tracks and facilities. NASCAR reported they have launched an immediate investigation and will identify those responsible and eliminate them from the sport.

“We condemn the anti-Black racism, white supremacy and history of violence the noose represents and urge NASCAR to continue in its efforts to deny a legitimizing platform to symbols of hate.”

She noted that CAIR and the American Muslim community are standing in solidarity with all those challenging anti-Black racism.

CAIR recently marked Juneteenth with the re-release of a short film, “In Their Footsteps: An American Muslim Civil Rights Journey.”

The Washington-based civil rights organization has reported an unprecedented spike in bigotry targeting American Muslims, immigrants and members of other minority groups since the election of Trump as president