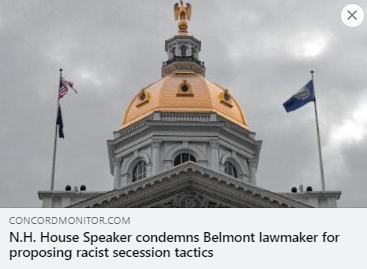 (WASHINGTON, D.C., 9/4/2021) – The Council on American-Islamic Relations (CAIR) today condemned an anti-Asian attack on a student in Maryland and the suggestion by a New Hampshire state representative to use a false racist narrative to promote secessionist views.

In Maryland, a student at Johns Hopkins University was assaulted by a woman who used racist, anti-Asian language against the victim and a friend during the attack. A suspect was detained but not arrested because she appeared to be in “a behavioral health crisis.”

“We condemn this apparent bias-motivated attack and express solidarity with the AAPI community in Maryland and nationwide as Asian-Americans face an increasing level of bigotry,” said CAIR’s Maryland Director Zainab Chaudry.

Rep. says use of racist narrative justified if it serves the cause

“It is beyond unconscionable that an elected official would cynically advocate using false racist narratives to promote the destruction of our nation’s unity,” said CAIR National Communications Director Ibrahim Hooper. “This bigoted and hate-filled suggestion should be repudiated by all those in New Hampshire and around the country who respect truth, diversity and national unity.”