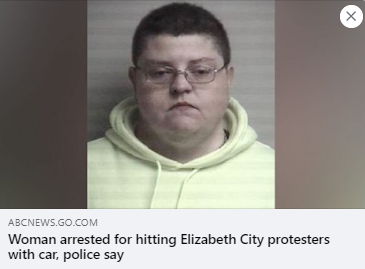 (WASHINGTON, D.C., 5/25/2021) – The Council on American-Islamic Relations (CAIR), the nation’s largest Muslim civil liberties and advocacy organization, today condemned an alleged vehicular attack on two Black women in North Carolina who were protesting the death of Andrew Brown Jr. and welcomed a $50,000 penalty for a man who used steering and over-pricing for units based on potential tenants’ religion and national origin.

In North Carolina, 41-year-old Lisa Michelle O’Quinn faces two counts of assault with a deadly weapon with the intent to kill. A hate crime enhancement is being investigated.

In Iowa, a Des Moines landlord has been ordered to pay $50,000 for discriminating against potential tenants based on their religion and national origin, an illegal practice known as “steering.”  The lawsuit began with a 2015 complaint by a prospective tenant who believed the landlord treated her unfairly because of her hijab, or Islamic head scarf.

SEE: Des Moines landlord must pay $50,000 after being found guilty of housing discrimination

“Those who engage in bias-motivated behavior that impacts others must be held accountable by our legal system,” said CAIR National Communications Director Ibrahim Hooper. “On this anniversary of the murder of George Floyd, Americans of all backgrounds can and should do more to repudiate bigotry and its inevitable negative consequences.”