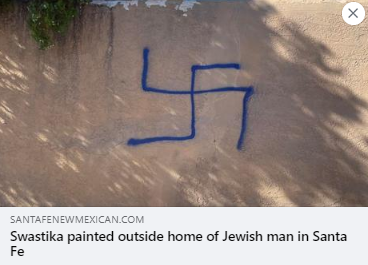 On Saturday night, the man discovered a Nazi swastika had been spray-painted on a wall outside his Santa Fe apartment while he was out for dinner with his wife. The man reported the incident to Santa Fe police, who said they have no suspects as of yet. Police also said they cannot classify the incident as a hate crime until they talk to a suspect and are currently treating it as a vandalism.