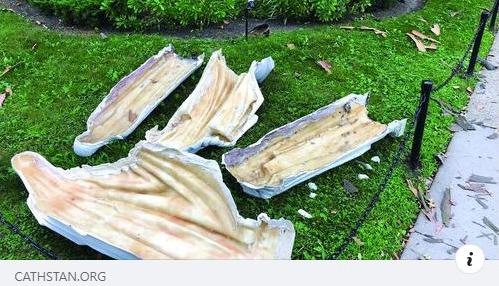 Last week, a parish teacher at the Annunciation Catholic Church discovered a Nazi swastika spray-painted on a pillar at the church’s parking lot. The incident was reported to police, who have launched a hate crime investigation.

SEE: Vandalism reported outside local Catholic church is among many such incidents nationwide

“Any bias-motivated attack targeting a house of worship is unacceptable. We condemn this vile act and welcome the hate crime investigation. We stand in solidarity with the Catholic community and all others targeted by hatred and bigotry.”

CAIR Calls on Warner Bros. to Explain Why Black Co-Star Dropped from ‘Dune’ Posters in China