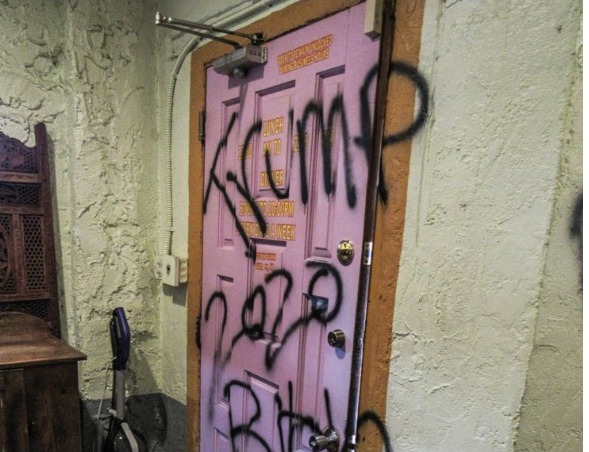 On June 22, 2020, the India Palace restaurant in Santa Fe, New Mexico was heavily damaged during an attack by alleged white supremacists. The restaurant’s interior was trashed, the kitchen rendered unusable, and the walls were spray painted with the racist slurs and white supremacist slogans including “sand n***er” and “white power.” On Oct. 15, the FBI announced it was taking over the investigation into the attack.

“Violence inspired by racism and white supremacy threatens the lives of members of all minority communities nationwide. It is essential that federal and state law enforcement authorities and political leaders respond appropriately to this growing threat. We welcome the FBI’s investigation into this disturbing attack and urge authorities nationwide to combat the rising tide of white supremacy and racist hate.”

He also noted that CAIR called on the FBI to investigate a series of racist vandalism incidents targeting an Indian restaurant in Albuquerque, New Mexico.