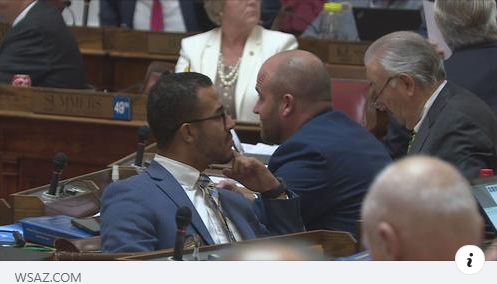 (WASHINGTON D.C., 10/12/2021) – The Council on American-Islamic Relations (CAIR), the nation’s largest Muslim civil rights and advocacy organization, today condemned a districting change proposed by a member of the West Virginia House of Delegates because of the presence of a white supremacist group.

On Monday, the West Virginia Legislature met for a special session focused on redistricting. One of the proposed changes would move a line in Pocahontas County because the National Alliance, a white supremacist group, is headquartered there. The change was requested by Brandon Steele, a Republican member of the House of Delegates. House of Delegates Chief of Staff Jeff Billings said Steele requested the change because the delegate currently representing the county is “a young man of color.” Billings said the change was proposed under a “community of interest” rule allowing certain areas to be grouped together. The proposed map will now be considered by the entire House, where more changes can be made.

Delegate Steele said he recommended the change after consulting the Black delegate.

“White supremacist groups are not a ‘community of interest’ that West Virginian Republicans should be redistricting the state’s house of delegates map around. It’s abhorrent that a rule meant to protect the political interests of minorities and other classes of people living in a community is being applied to white supremacists.

“Elected representatives should not have to fear for their lives in their own districts. Instead of accommodating white supremacists, West Virginian Republicans should be doing more to root out white supremacy in the state.”