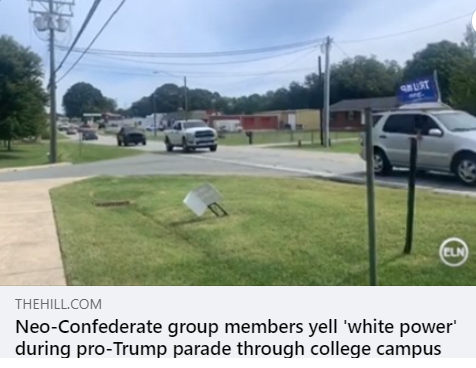 Video shows some members of Alamance County Taking Back Alamance County, designated as a neo-Confederate group by the Southern Poverty Law Center, shouting the racist phrase “white power” as they paraded through Elon University’s campus as well as the towns of Elon and Graham, N.C.

“It is disturbing that any Americans would express such racist and divisive views. We call on voters and leaders across the political spectrum to repudiate the anti-Black racism and white supremacy allegedly expressed by parade participants.”

He noted that CAIR has repeatedly expressed concern about the Trump administration’s Islamophobic, white supremacist and racist policies and appointments and believes Trump’s racist and divisive rhetoric leads to increased hate crimes and discrimination.