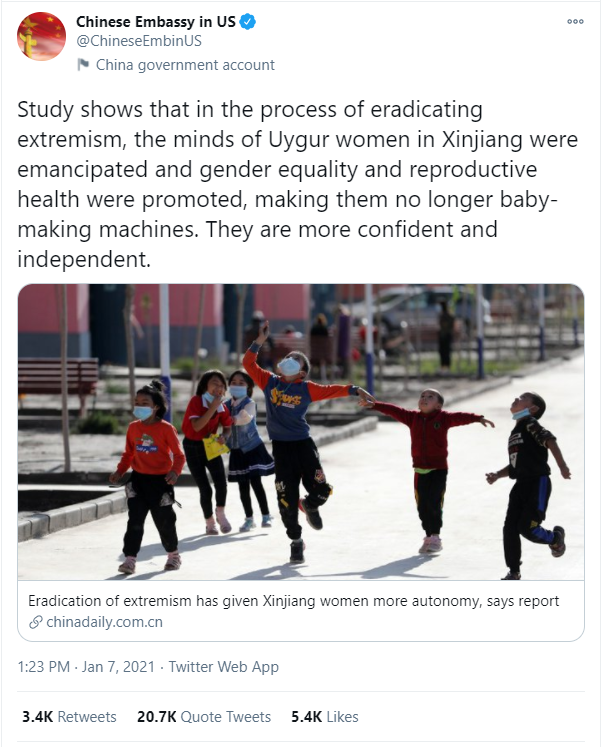 (WASHINGTON, D.C., 1/8/21) – The Council on American-Islamic Relations (CAIR), the nation’s largest Muslim civil rights and advocacy organization, today condemned the Chinese Embassy to the United States for celebrating its genocidal policies against Uighur Muslims in a post on Twitter and called on the social media corporation to remove the “horrific” tweet.

In a tweet on Thursday, the Chinese Embassy shared a state media report defending China’s oppression of Uyghur Muslims and other Turkic ethnic minorities in China by claiming that Muslim women in Xinjiang are “no longer baby-making machines” and that the decreased population growth the province led to a drop in terrorism.

“China’s fascist government is now openly admitting and celebrating its use of concentration camps, forced labor, forced sterilizations and abortions, and other forms of torture to eliminate an ethnic and religious minority. Leaders, nations and corporations around the world must take concrete action to end China’s genocide of Uyghur Muslims. Twitter can help by immediately deleting this horrific tweet and ensuring that foreign governments cannot use their platforms to justify or celebrate crimes against humanity.”