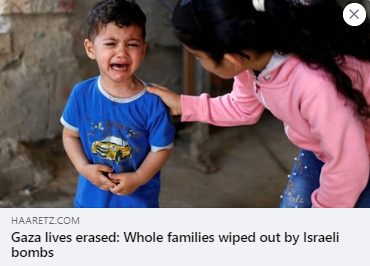 (ATLANTA, GEORGIA, 5/18/2021) – The Georgia chapter of the Council on American-Islamic Relations (CAIR-GA) today joined a coalition of Georgia-based religious, grassroots, advocacy organizations and activists in declaring solidarity with the Palestinian residents of occupied East Jerusalem and the people of Palestine.

The coalition called on the Biden administration to immediately and publicly condemn the Israeli government’s plans to expel Palestinians from their homes in the Sheikh Jarrah and Al-Bustan neighborhoods of occupied East Jerusalem as well as the ongoing violent attacks on Palestinians in Gaza and East Jerusalem.

BACKGROUND: In a clear violation of international law, which prohibits forced displacement, the Israeli government plans to expel Palestinians from their ancestral homes in East Jerusalem to allow Israeli settlers to move into the previously occupied dwellings.

Israel has, for years, engaged in the forced removal of Palestinians through expulsion, demolition, and displacement in effort to establish permanent settlements throughout the occupied territories and a religious majority in Jerusalem.

Further, Israeli forces are actively engaged in the militaristic bombardment of Palestinian residents, protestors, and worshippers. Palestinians protesting the forced displacement continue to be threatened by Israeli settlers and police forces outside their homes.

Three hundred worshippers at al-Aqsa Mosque, one of Islam’s holiest sites, were injured by Israeli forces who stormed prayers during the holy month of Ramadan. The violence intensified once more when Israel launched a fresh wave of air and ground attacks on the second night of Eid al-Fitr, killing over 100 Palestinians and injuring hundreds more, including scores of women and children.

The coalition called on the Biden Administration and members of the Senate Foreign Relations Committee to follow the recommendations of Representatives Marie Newman (D-IL) and Mark Pocan’s (D-WI) in their letter to Secretary of State Blinken that urge him to:

In addition, the coalition urges the entire Georgia congressional delegation to sign on to and support Representative McCollum’s “Defending the Human Rights of Palestinian Children and Families Living Under Israeli Military Occupation Act.”

CAIR-Georgia Executive Director Murtaza Khwaja said in a statement, “We call upon all our elected officials in state and national legislatures to oppose legislation that limits Americans’ freedom of speech and the right to boycott entities including foreign governments.

We will not remain silent in the face of Israeli apartheid and other Israeli international rights violations. In solidarity with the Palestinian people, we call on Congress and the Biden administration to demand an end to Israel’s illegal expulsions, excessive use of force, and oppression against Palestinians.”

In a statement, Azadeh Shahshahani, Legal and Advocacy Director at Project South said, “The only reason that Israel can continue to commit atrocities against the Palestinian people with impunity is because of U.S. government support.

It is time for the U.S. to immediately end all forms of military support to Israel as well as stop attempts to help Israel evade accountability for war crimes.”

Joining Hands for Justice in Palestine/Israel

Photo: Atlanta rally in solidarity with Palestine, May 15 2021, by Taj Roshid