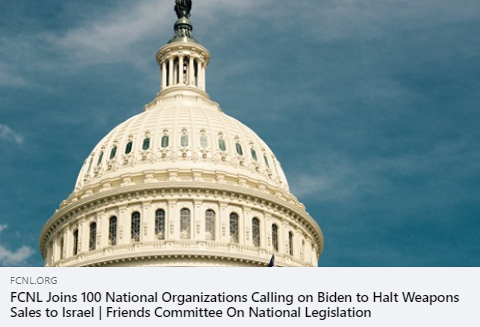 (WASHINGTON D.C., 6/10/2021) – The Council on American-Islamic Relations, the nation’s largest Muslim civil rights and advocacy organization, today joined a coalition of more than 100 national organizations calling on President Biden to stop the sale of $735 million in advanced weapons to Israel.

The sale would include the same type of missiles that were used by Israeli forces to kill more than 200 civilians, including more than 60 children, and destroy residential buildings in Gaza.

The coalition’s letter stated in part:

“Given the likely continuing violations of international humanitarian and human rights law by the Israeli government, delivery of these weapons would greatly undermine your administration’s goal of pursuing a foreign policy centered on human rights. Moving forward with this sale would also hurt the U.S. ability to play a constructive role in the peace process, which could have lasting implications for the likelihood of resolving the conflict.

“We believe moving ahead with these sales would undermine U.S. moral values, national security interests, and support likely violations of international humanitarian law by sending a green light for Israeli violations of Palestinian human rights.”

“We call on President Biden to immediately stop the sale of $735 million in precision-guided weapons to Israel – the same type of weapons Israel used against civilians just last month,” said CAIR Government Affairs Director Robert McCaw. “It is time for our leaders to stop supporting Israeli war crimes and apartheid.”

He noted that CAIR has previously called for a halt to the weapons sale.

CAIR has also called on elected officials to condemn Israeli aggression against Palestinians.