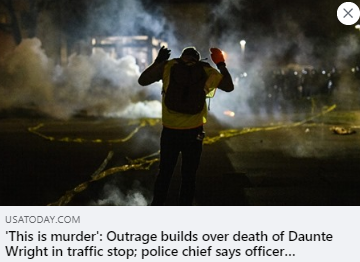 Those traveling to and from religious services are also exempt from the curfew, an exception clarified after the Minnesota Chapter of the Council on American-Islamic Relations (CAIR) issued a statement condemning officials for preventing prayer gatherings on the first night of Ramadan.

(MINNEAPOLIS, MN – 4/12/2021) — The Minnesota chapter of the Council on American-Islamic Relations today criticized the City of St. Paul-Minneapolis’ decision to impose a curfew on the first night of Ramadan without consulting Muslim community leaders and called on city officials to add an exception for religious purposes.

“By imposing a city-wide curfew on the very first night of Ramadan without consulting Minneapolis Muslim leaders, our leaders have undermined the community’s trust and violated the Constitution. Public officials must amend the curfew in order to respect freedom of religion, including the right to gather and worship during Ramadan.”

“On the eve of Ramadan, our community has been traumatized by the trial of Derik Chauvin and now the murder of Dante Wright. Nothing can bring solace and hope tonight better than gathering with our fellow Muslim community members in prayer. Denying Minnesota Muslims this right violates our First Amendment rights. The order must be amended.”

Earlier today, CAIR-Minnesota called for the immediate termination of the Brooklyn City police officer who shot and killed Daunte Wright during a traffic stop on April 11.

SEE: CAIR-Minnesota Calls for Firing and Prosecution of Officer Who Killed Daunte Wright

‘This is murder’: Outrage builds over death of Daunte Wright in traffic stop; police chief says officer intended to use Taser