CAIR-Oregon Welcomes Arrest of Suspect in Vandalism on Mosque, Synagogues 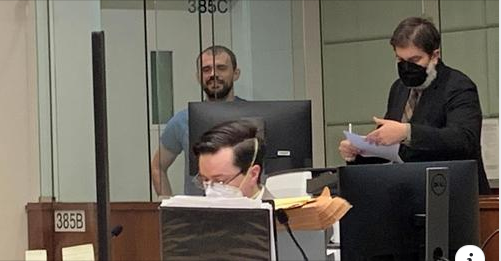 (PORTLAND, OR, 5/10/2022) – The Oregon chapter of the Council on American-Islamic Relations (CAIR-Oregon) today welcomed the arrest of a suspect in connection with the vandalism of a mosque and two synagogues in Portland, Ore.

The suspect pleaded not guilty to several charges, including arson. He is accused of spray-painting an antisemitic phrase on the wall of the Congregation Beth Israel synagogue and smashing one of its windows, smashing a window at the Congregation Shir Tikvah synagogue, and attempting to set fire to the Muslim Community Center of Portland.

The crimes reportedly occurred between April 30 and May 4. The suspect was arrested Saturday. Authorities said the suspect, a former freelance journalist, spoke with a reporter at a local news station on May 4 and admitted to the crimes, and reportedly vowed to continue vandalizing places of worship and made antisemitic comments.

In a statement, CAIR-Oregon Board Member Muz Afzal said:

“We welcome the arrest of the suspected perpetrator of these vile, hateful crimes targeting houses of worship. All faith communities deserve to feel safe and secure in their houses of worship, and it is essential that those who allegedly try to threaten and intimidate them be appropriately prosecuted.”

He noted that CAIR-Oregon previously condemned the vandalism targeting the Muslim Community Center of Portland.

Afzal said the American Muslim community and CAIR are in solidarity with all those challenging anti-Black racism, xenophobia, Islamophobia, antisemitism, white supremacy, and all other forms of bigotry.