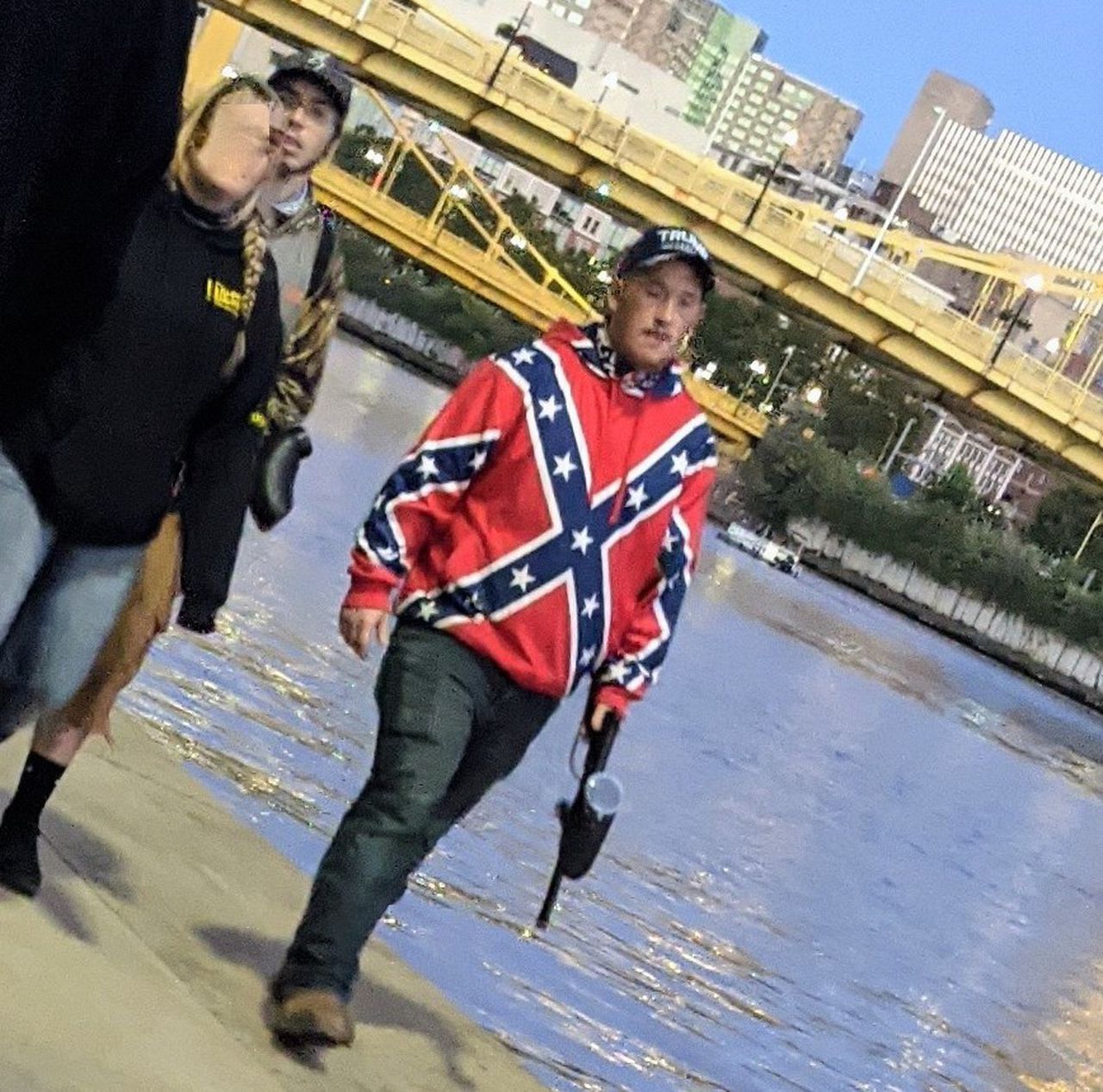 CAIR-Pittsburgh is urging the community to help in identifying the two men. If anyone knows the identities of these men, please contact the Pittsburgh police at (412) 323-7800.

The perpetrators were caught on surveillance cameras along the river, near Point State Park over the weekend. One of the alleged perpetrators can be seen in the images released by police wearing a Confederate flag sweatshirt and Trump campaign hat. They allegedly shot multiple paintballs at a wall where a BLM mural was painted after the murder of George Floyd.

“We condemn these displays of anti-Black racism and encourage our community to come together to demonstrate that Pittsburgh stands on the side of racial justice. Those who take part in these racist acts must be held accountable by law enforcement authorities and the community.”

She noted that Washington, D.C.-based CAIR and the American Muslim community are standing in solidarity with all those challenging anti-Black racism, Islamophobia, anti-Semitism, and white supremacy.