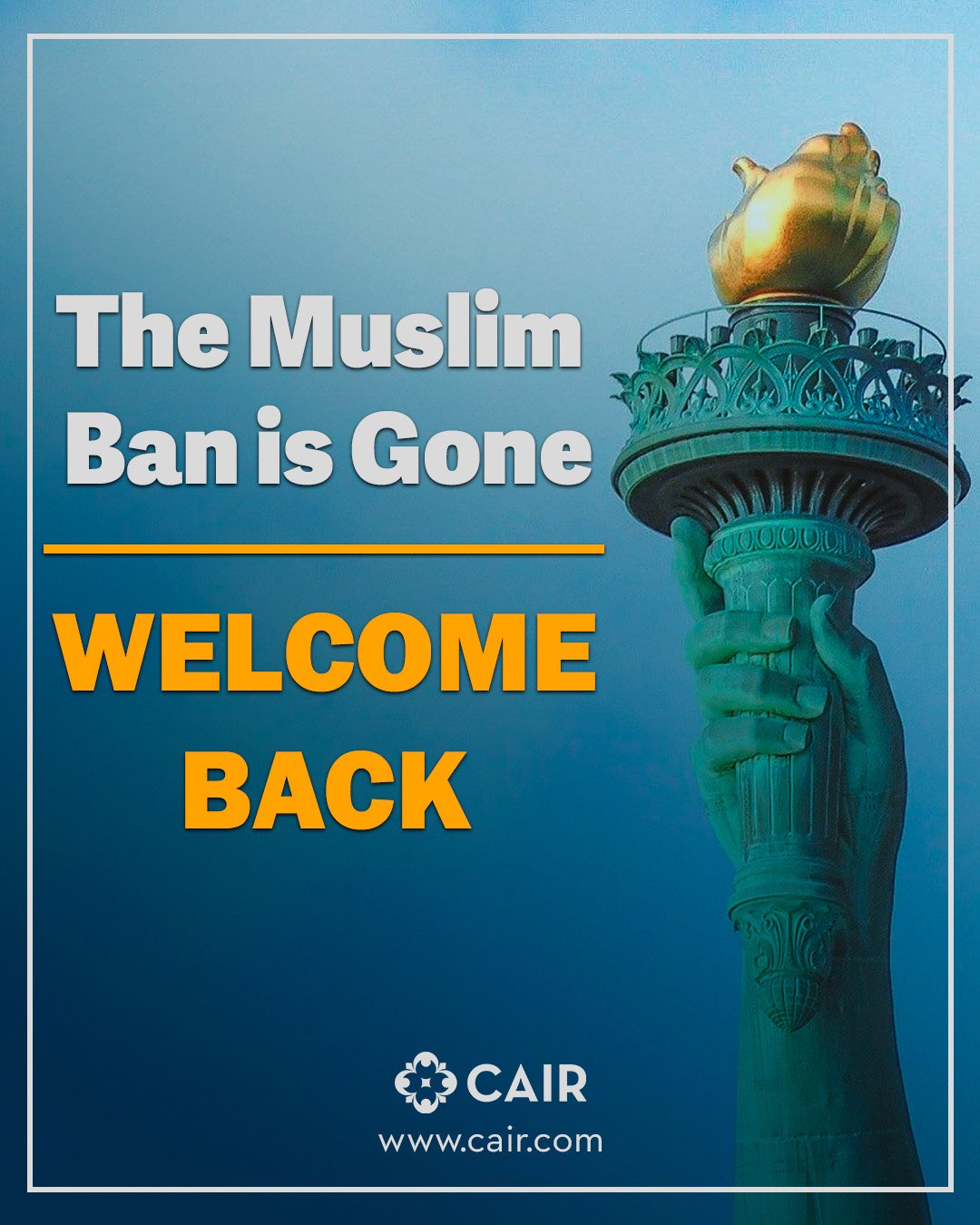 In this advisory, a project of the No Muslim Ban Ever campaign, CAIR joins fellow coalition members in educating the public on what the repeal of the ban does and the work that remains to be done to undo the damage caused by the ban.

This advisory was drafted by the attorneys at CAIR-SFBA and Advancing Justice-Asian Law Caucus.

“We hope these new multi-language CAIR Muslim Ban repeal advisories will assist those seeking to rebuild their lives after the repeal of this discriminatory and un-American policy,” said CAIR National Executive Director Nihad Awad.

Awad added that the multi-language civil rights materials may be printed out for distribution at local events.