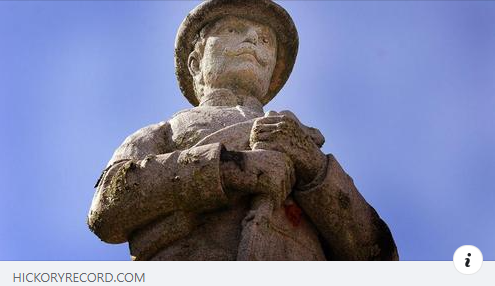 At the past three meetings of the Catawba County Board of Commissioners, arguments in favor of keeping a Confederate monument in its original location on the lawn of the old courthouse have been made. The Catawba County Truth and Reconciliation Committee and some county residents have been requesting that the statue be removed for over a year. The Board of Commissioners has not yet made a decision.

SEE: ‘The monument is not racist;’ speaker urges county commissioners to leave Confederate statue in Newton

“Monuments to racist traitors who fought to uphold white supremacy and slavery should not have places of honor in public spaces. We urge leaders throughout North Carolina to remove all remnants of the racist Confederacy. Elected officials nationwide must send a strong message that racism will not be honored or celebrated in their communities.”

Allison noted that CAIR has previously called for the removal of the Confederate monument in Catawba Co.