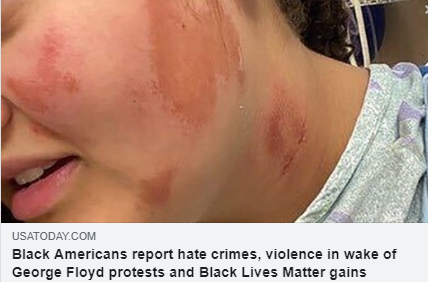 A Bloomington, Ind., Black man says he was assaulted and almost lynched by a group of white people on July 4. The alleged victim said he was beaten and pinned against a tree by a group of white people who had been harassing and following his group of lunar eclipse-watchers near Lake Monroe. He says he was released when bystanders gathered, but not before one of alleged assailants called for “a noose.”

CAIR welcomed the arrest of a Virginia man accused of posting QR code stickers directing people to a New York-based blog for neo-Nazis when scanned by a camera.

CAIR also called for the resignation of a Vermont court office manager who reportedly said, “Have you ever lived in the South? Because I have. And there are tons of them there. They walk around like THEY are superior/better than US,” as Black Lives Matter protesters walked by the St. Johnsbury court in June.

“All Americans should be concerned that acts and expressions of racism and white supremacy are unfortunately a daily occurrence due in large part to the bigotry and divisive rhetoric spewed by those at the highest levels of our society. Everyone who values mutual respect and constitutional protections must join in speaking out against anti-Black racism and bigotry.”