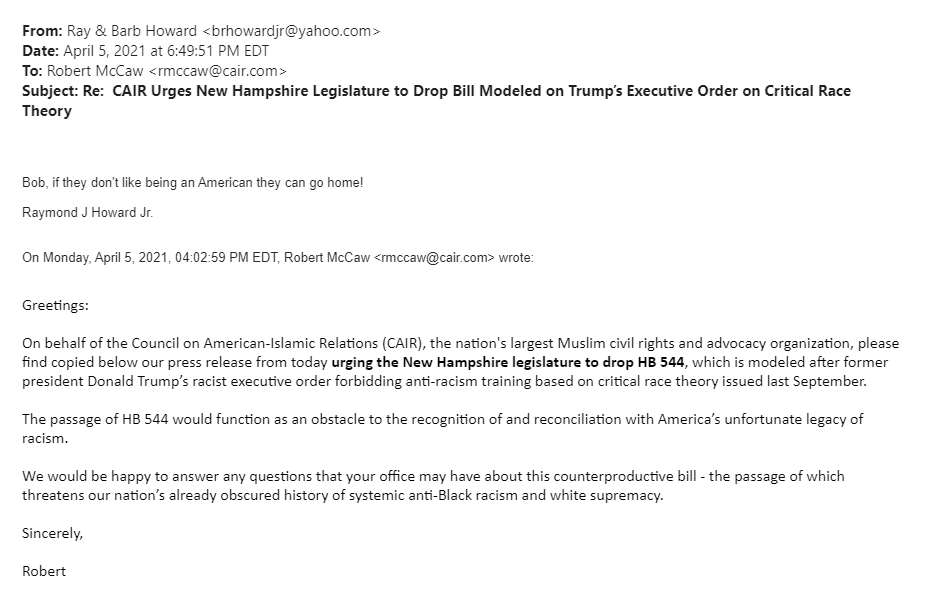 (WASHINGTON, D.C., 4/6/2021) — The Council on American-Islamic Relations (CAIR), the nation’s largest Muslim civil rights and advocacy organization, today called on leaders of the New Hampshire legislature to consider disciplinary action against a member over a racist email sent to that group.

In an email to McCaw, New Hampshire state Representative Raymond Howard, Jr. (R) wrote: “Bob, if they don’t like being an American they can go home!”

“It is unacceptable that an individual elected to represent a diverse state would express such racist and xenophobic views in such a casual manner,” said CAIR National Executive Director Nihad Awad. “We urge leaders of the New Hampshire House of Representatives to take appropriate disciplinary action and to speak out against Representative Howard’s bigoted views.”

Awad added that Rep. Howard’s email is itself a clear demonstration of why anti-racism training is needed.