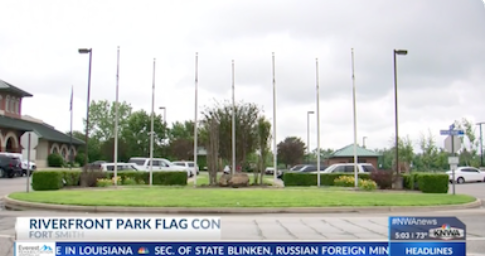 (WASHINGTON D.C., 10/6/2021) – The Council on American-Islamic Relations (CAIR), the nation’s largest Muslim civil rights and advocacy organization, today condemned a court decision opposing the removal of a Confederate flag display in Fort Smith, Arkansas. CAIR also condemned the approval by North Carolina’s Johnston County School Board of a policy that allows for the dismissal of educators for anti-racism teaching and a presentation by officials of Virginia’s Prince William County attacking anti-racism teaching.

The City of Fort Smith in Arkansas removed a display featuring the Confederate flag in the wake of the murder of George Floyd. A lawsuit was filed by a local attorney and Gunner Delay, a candidate for the Arkansas Supreme Court, alleging the removal by the city violated the Capitol and State Monument Protection Act. Although the act did not take effect until April 29th of this year, the lawsuit was successful. The city must now seek a waiver from the Arkansas History Commission by next week.

SEE: The Lost Cause wins a court battle in Fort Smith

“Local governments should have the right to remove symbols of white supremacy and treason from their own communities,” said CAIR National Communications Coordinator Ismail Allison. “We condemn this court decision and urge local leaders to advocate for the rights of constituents to decide what kind of monuments they want in their communities.”

In North Carolina, the school board of that state’s Johnston County recently adopted a Code of Ethics Policy that allows for the dismissal of educators for anti-racism teaching. The policy “all people who contributed to American Society will be recognized and presented as reformists, innovators and heroes to our culture,” and that “no student or staff member shall be subjected to the notion that racism is a permanent component of American life.”  Teachers who do not adhere to the new policy will face punishment “up to and including dismissal.” The Johnston County Board of Commissioners is giving the school board $7.9 million for imposing the policy.

NC school board gets $7.9 million, but only after it OKs limits on how race is taught

In Virginia, three members of the Racial and Social Justice Commission of Prince William County held a town hall meeting to oppose anti-racism teaching. The commissioners claimed that culturally-responsive teaching was being used to covertly introduce critical race theory into classrooms. They also implied that state officials lie when they say critical race theory is not being taught to students. The meeting was held without the consent of the rest of the Racial and Social Justice Commission, and by not advertising it the commissioners may have violated Virginia’s Freedom of Information Act.

“By not educating youth about the legacy of racism, we are ensuring that our nation will continue to suffer its negative and destructive impact,” said CAIR National Communications Director Ibrahim Hooper. “All Americans should reject such misguided and un-American attacks on anti-racism teaching and stand in solidarity with educators against bigotry and fear-mongering.”