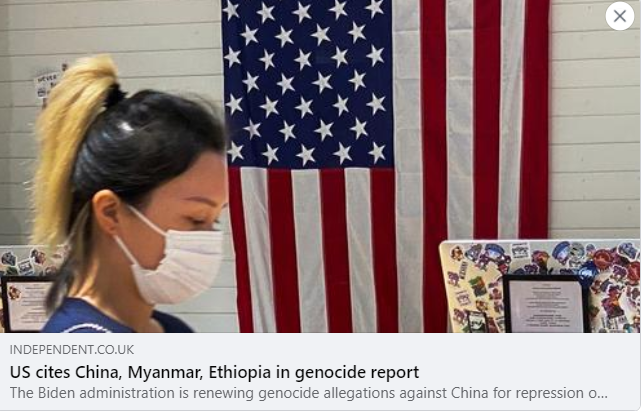 (WASHINGTON D.C., 7/13/2021) – The Council on American-Islamic Relations (CAIR), the nation’s largest Muslim civil rights and advocacy organization, today welcomed the inclusion of China and Myanmar in the 2021 U.S. Department of State Report to Congress Pursuant to Section 5 of the Elie Wiesel Genocide and Atrocities Prevention Act of 2018 and called for the Biden administration to officially recognize Myanmar’s atrocities against the Rohingya Muslims as a genocide.

SEE: 2021 Report to Congress Pursuant to Section 5 of the Elie Wiesel Genocide and Atrocities Prevention Act of 2018

That report said the U.S. continues to affirm that China is committing a genocide against the Uyghurs and other Turkic Muslim ethnic minorities in Xinjiang Province and noted that President Biden has expanded the previous administration’s sanctions on Chinese officials, government entities, and companies involved in the genocide.

The report also said that Myanmar, where the government has been systematically targeting the Muslim Rohingya people since 2016, remains at particular risk for genocide and that the U.S. will continue to put pressure on the military junta in Myanmar to end its persecution of the Rohingya.

“We welcome the Biden administration’s ongoing efforts to expose and condemn the appalling crimes that China and Myanmar have committed against Muslim minorities.

“Just as the State Department has recognized China’s genocide of Uyghur Muslims, we encourage the administration to recognize the horrific violence that the Burmese military perpetrated when it raped, murdered and ethnically cleansed thousands of Rohingya villagers as genocide. Myanmar is not merely at risk of genocide; genocide has already occurred.

“Publicly recognizing this fact will draw more international attention to the plight of the Rohingya people and put further pressure on Myanmar’s military junta.”

Mitchell noted that CAIR has previously called for crimes against humanity charges against Myanmar soldiers who confessed to the genocide of Rohingya Muslims.

Yesterday, CAIR marked the 26th anniversary of the Srebrenica genocide in Bosnia and urged action in response to current human rights abuses worldwide.