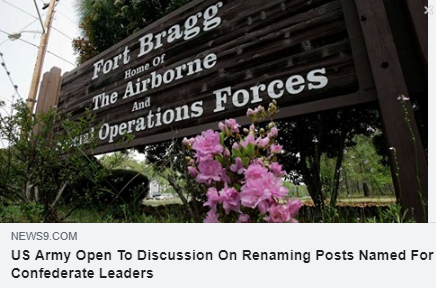 SEE: US Army Open to Discussion on Renaming Posts Named for Confederate Leaders

“No military installation should honor anyone who betrayed the nation and defended white supremacy, racism and slavery,” said CAIR National Communications Director Ibrahim Hooper. “We welcome this first step toward renaming these facilities to instead honor those who defended freedom and justice.”

The Washington-based civil rights organization and the American Muslim community are standing in solidarity with all those challenging anti-black racism.