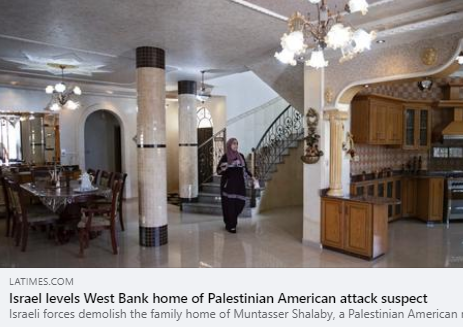 (WASHINGTON D.C, 7/8/2021) – The Council on American-Islamic Relations (CAIR), the nation’s largest Muslim civil rights and advocacy organization, today welcomed the U.S. State Department’s call for an end to Israel’s illegal collective punishment demolitions of Palestinian homes following the leveling of a house in which the family of a Palestinian-American attack suspect was living.

A statement by the U.S. embassy said all sides should “refrain from unilateral steps that exacerbate tensions and undercut efforts to advance a negotiated two-state solution. This certainly includes the punitive demolition of Palestinian homes.” “As we stated numerous times, the home of an entire family should not be demolished for the actions of one individual,” the embassy said.

“We welcome the State Department’s recognition of the injustice of the use of illegal home demolitions as collective punishment of Palestinian families. We urge the Biden administration to put more pressure on Israel, which has committed countless – and ongoing — human rights violations and war crimes against the Palestinian people. It is time for an end to the ‘both-sides’ approach. Our nation must urge Israel to end its regime of apartheid and its illegal occupation of Palestinian territories.”

Awad noted that CAIR has previously called on the Biden administration to hold Israel accountable for its violations of human rights and end support for Israeli aggression.