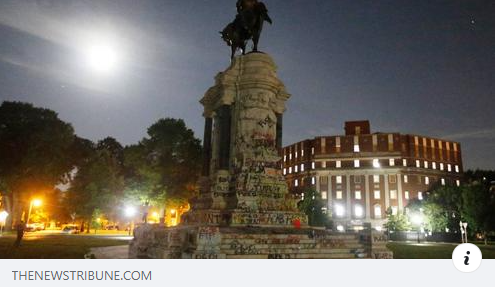 The Virginia Supreme Court ruled Thursday that the 21-foot bronze equestrian statue of Robert E. Lee could be removed from its location in the state capital. The ruling came in two lawsuits seeking to block the statue’s removal. Ten days after the killing of George Floyd last year, Virginia Governor Ralph Northam announced plans to remove the statue, which would become the epicenter of protests against racial injustice and police brutality.

“Robert E. Lee fought a war against this nation for the sake of slavery and white supremacy. Such actions do not deserve to be honored with memorials on public land. We welcome the Virginia Supreme Court’s ruling allowing the removal of this statue, and urge all cities nationwide to rid themselves of all symbols of systemic anti-Black racism and bigotry.”

SEE: CAIR-Kentucky Supports Moving Trials from District in Which Prosecutor Made Racist Remark