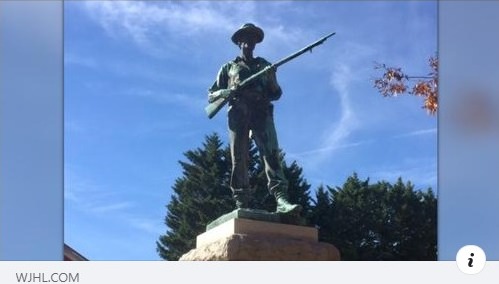 (WASHINGTON D.C., 11/10/2021) – The Council on American-Islamic Relations (CAIR), the nation’s largest Muslim civil rights and advocacy organization, today welcomed a vote by Virginia’s Washington County Board of Supervisors to remove several Confederate monuments from outside a local courthouse.

The Board of Supervisors voted 7-0 to remove the monuments, which are dedicated to Confederate soldiers from the county. The monuments will have to be removed from outside the Abingdon courthouse by January.

“People who betrayed this nation in order to preserve white supremacy and slavery do not deserve to be honored, especially not on public land,” said CAIR National Communications Coordinator Ismail Allison. “We welcome the vote to remove these monuments to bigotry and urge leaders nationwide to expunge symbols of racism and hate from their communities.”

He noted that earlier today, CAIR welcomed a vote by Virginia’s Prince William County Board of Supervisors to preserve land on which historic African-American and Native American cemeteries are located.

Allison said the American Muslim community and CAIR are standing in solidarity with all those challenging anti-Black racism, xenophobia, Islamophobia, anti-Semitism, and white supremacy.

SEE: CAIR Calls on the College Democrats of America (CDA) to Probe Complaints of Rampant Anti-Muslim Bigotry Within Organization